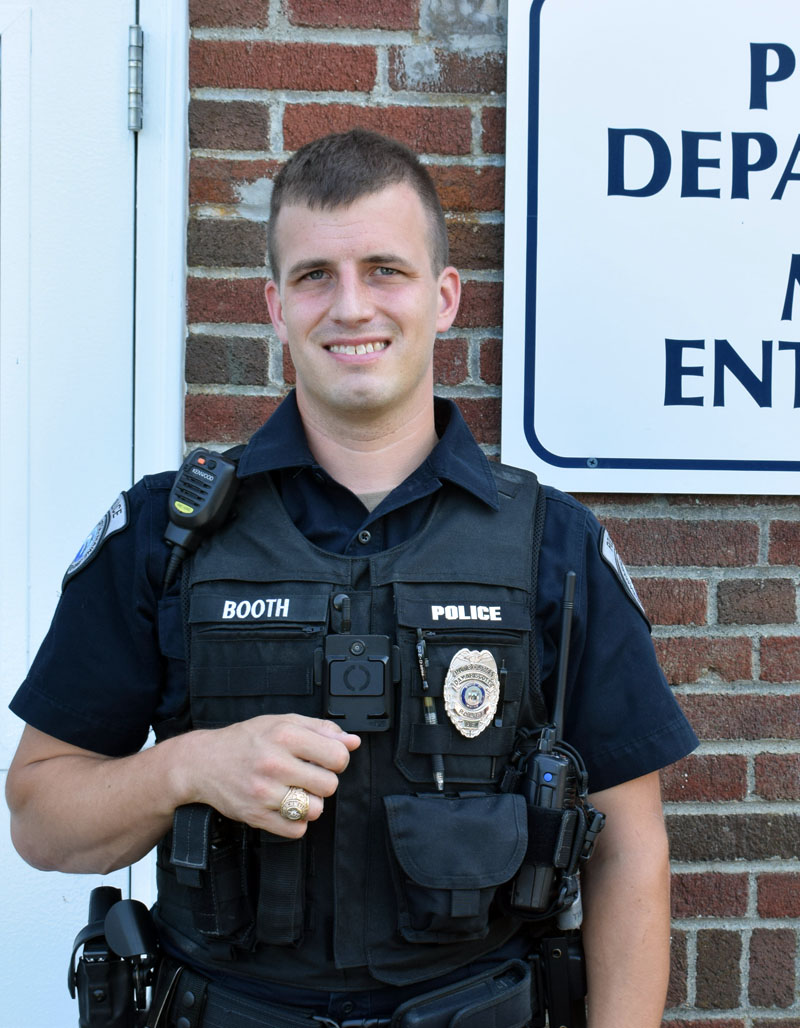 Six months into his job as a full-time officer with the Damariscotta Police Department, Joseph Booth said he is glad to be back home in Maine after years stationed overseas and around the country with the U.S. Army and Army Reserve.

Booth is still a commander in the Army Reserve and instructs a public affairs unit in New Hampshire.

Booth grew up on Verona Island, next to Bucksport, in a military-minded family. He was inspired to serve by his grandfather, who served in the Royal Canadian Air Force during World War II. His brother attended the U.S. Military Academy at West Point.

This led Booth to enroll at Norwich University, a private military college in Vermont, after high school and to pursue a career in the Army, which gave him a scholarship.

Booth returned to Maine, where he worked for the Maine Marine Patrol from 2014-2015, before transitioning into the Army Reserve as a public affairs officer.

This led to two more deployments, first to Iraq and then Kuwait, with a stint in between leading a unit in Michigan.

“I jumped at that opportunity,” Booth said of his time in Michigan. “Leading soldiers is probably the best part of that career field.”

Booth said the highlight of his time in Kuwait was having the opportunity to interview Secretary of the Army Mark Esper, who is now Secretary of Defense.

Booth said he enjoys the public relations work but is happy to be back in his home state, where he settled in January after much time away.

Booth had attended the Maine Criminal Justice Academy with fellow Damariscotta Officer Kyle Sylvester. He said he had been in talks with the Damariscotta Police Department since 2017 and eventually found a home on the force. He joined the department in February.

One of his favorite parts about the job so far has been interacting with the community, an element that intersects nicely with his work as a public affairs officer in the Army Reserve.

“I think overall the community support has been a great part of this job. And having opportunities where I feel like I can go to businesses and interact with them and create those relationships. It’s a breath of fresh air here,” Booth said.

Booth lives in Bristol with his wife and three children and says he enjoys the landscape and the community support in Damariscotta and Lincoln County.

He said getting outdoors — through hiking, biking, and running — are some of his favorite pursuits and he appreciates the numerous opportunities in Lincoln County to do so.

Booth said now that he is settled in Maine with his family, he mostly enjoys spending time at home with them as much as possible or working around the house.

“My biggest thing nowadays is just family. Being away so much, that’s kind of my hobby now. I like to do a lot of housework and always tinkering,” Booth said.