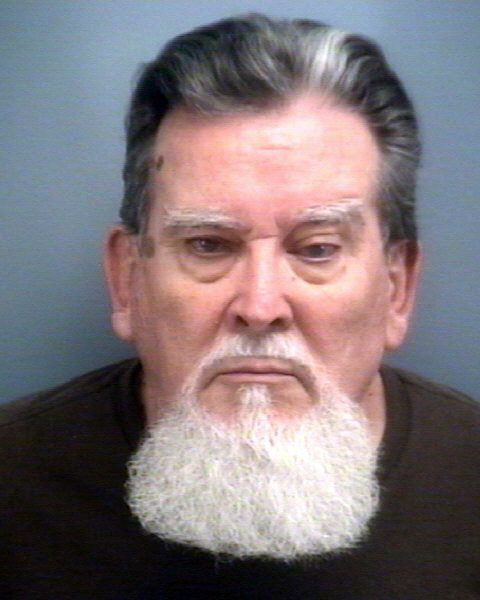 A former Nobleboro man under indictment in Lincoln County since 2007 was arrested in Virginia last September and has returned to the county to answer charges of defrauding local investors.

Robert H. Edmunds III, 75, faces one count each of sale of unregistered securities, securities fraud, and unlicensed sale of securities, all class C felonies. He has pleaded not guilty to the charges.

A Lincoln County grand jury indicted Edmunds on Jan. 26, 2007 and a warrant was issued for his arrest, but Edmunds “had left the state and was not in the country at the time of the indictment,” according to a motion by the prosecutor, Assistant Attorney General Leanne Robbin. Robbin is the chief of the financial crimes division at the Maine Attorney General’s Office.

The indictment names 20 victims and charges Edmunds with conduct dating from 2000-2004.

After almost 10 years at large, Edmunds was arrested in Virginia Beach on Sept. 12, 2016, according to Robbin’s motion. He had moved there to live with his son.

The state never stopped looking for Edmunds, according to Robbin. She credited  Senior Investigator Jacqueline M. Drouin, of the Maine Office of Securities, with locating him.

Edmunds’ son posted his $5,000 bail in Virginia and Edmunds voluntarily returned to Maine, according to Robbin.

Recent court documents list an address for Edmunds in Nobleboro, care of another individual.

The investments in Branson City Limits Inc. and Sunshine Real Estate Development Inc. were in real-estate developments, according to Robbin. The investments in Douglas Network Enterprises were in ATM machines and “toppers” for the machines, where the business would sell advertising space.

He also did not disclose, according to the indictment, that the securities were not legal to sell; that he did not have a license to sell securities; that he had been subject to previous disciplinary action by the state for the sale of unregistered securities; that the state had sued him for “selling unregistered securities, selling securities without a license, and engaging in securities fraud”; and that he was earning commissions in excess of 10 percent on the investments, “which far exceeded the commissions paid for typical investment products.”

At least two of the 20 investors have died since Edmunds’ indictment. The investors lived in the Midcoast, including in Lincoln County, according to Robbin.

The charges against Edmunds carry a maximum penalty of five years in prison and a $5,000 fine.

“Our priority in these cases is to get restitution to investors,” Robbin said.

Edmunds has admitted to similar conduct in the past, doing so as part of the settlement of the lawsuit referenced in the indictment.

According to the state’s 2003 lawsuit against Edmunds, from September 1999 through February 2000, he sold a total of $344,000 in investments in “internet kiosks” to six Maine investors, promising a 17 percent rate of return. He collected more than $50,000 in commissions.

Edmunds told the investors their funds would be used to purchase kiosks for public internet access, which would generate income through fees or advertising revenue, according to the state’s complaint.

The entities that issued the securities – Future Communications Marketing Inc., Waterstones Ltd., and Web Booth Inc. – went out of business and the Maine investors lost more than $130,000, according to the complaint.

The state asked the Lincoln County Superior Court to order Edmunds to pay back the investors with interest, forfeit his commissions, and pay a $10,000 fine for each violation of state securities law.

The state and Edmunds reached a settlement in 2004, according to court documents. Edmunds admitted to the conduct. He was permanently prohibited from selling securities and several other types of investments in Maine.

He agreed to forfeit $20,000 for distribution to the investors and to pay $145.21 per month to one investor until the investor’s death or until full repayment of the $10,250 investment.

The state did not know about the allegations in the criminal case at the time of the settlement, according to Robbins.

Andrus downplayed his client’s admissions in the previous case.

“The fact that somebody chooses to resolve a civil case can reflect a number of competing interests, including, especially, the desire to limit risk,” Andrus said.

Andrus’ co-counsel, Madison, has filed a motion to dismiss the criminal case. The motion argues that the indictment “is fatally defective because it fails to plead as an element of the alleged crime that the defendant possessed knowledge of the nature of the alleged securities.” It also argues that the relevant laws are unconstitutional.

“I don’t think it’s at all clear that, at the time alleged in the indictment, the instruments Mr. Edmunds was selling were securities,” Andrus said. “There was at that time a split in the appellate courts regarding the nature of some of the same instruments, and I don’t believe a reasonable person reading our securities statutes could have understood what was being regulated.

“Mr. Edmunds invested his own money in some of the same instruments, which is not something he would have done if he had been knowingly perpetrating fraud on anyone.”

The case is scheduled for a dispositional conference at the Lincoln County Courthouse in Wiscasset at 8:30 a.m., Monday, Feb. 27.