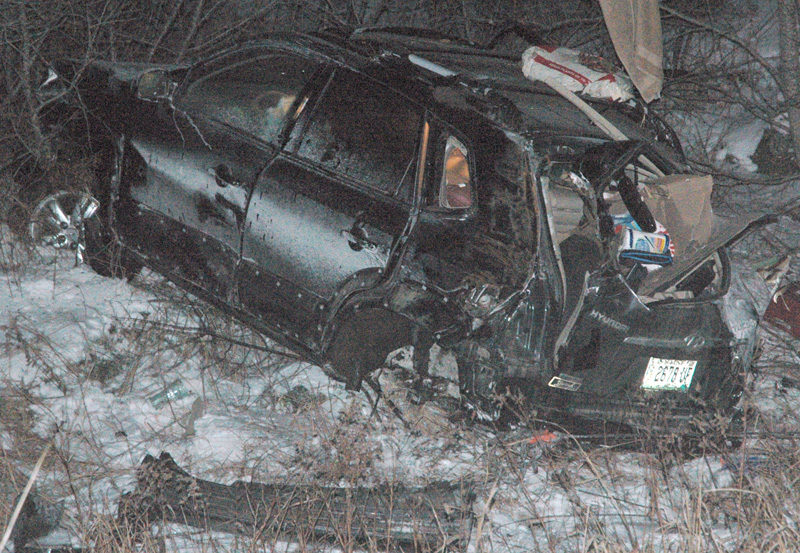 A Nobleboro man was charged with operating under the influence after a motor-vehicle accident on East Pond Road in Nobleboro the evening of Sunday, Jan. 8.

According to Lt. Rand Maker, of the Lincoln County Sheriff’s Office, the driver, Christopher McFarland, 26, of Nobleboro, was summonsed for OUI. His initial court date was scheduled for April 27.

Maker said McFarland was the sole occupant of the 2008 Hyundai Tucson SUV at the time of the accident, which occurred near a railroad crossing.

Maker said the SUV went off the road after going over the railroad crossing. The vehicle went over a snowbank and came to rest near the treeline off the southbound side of East Pond Road.

Maker said McFarland sustained a laceration to the head and was transported to LincolnHealth’s Miles Campus in Damariscotta.

The vehicle sustained extensive damage in the crash. It was missing a wheel at the time of its removal from the ditch.

Traffic was stopped in both directions on East Pond Road while crews worked to remove the vehicle from the scene.

Joining the Nobleboro Fire Department and First Responders at the scene were the Lincoln County Sheriff’s Office and the Central Lincoln County Ambulance Service.