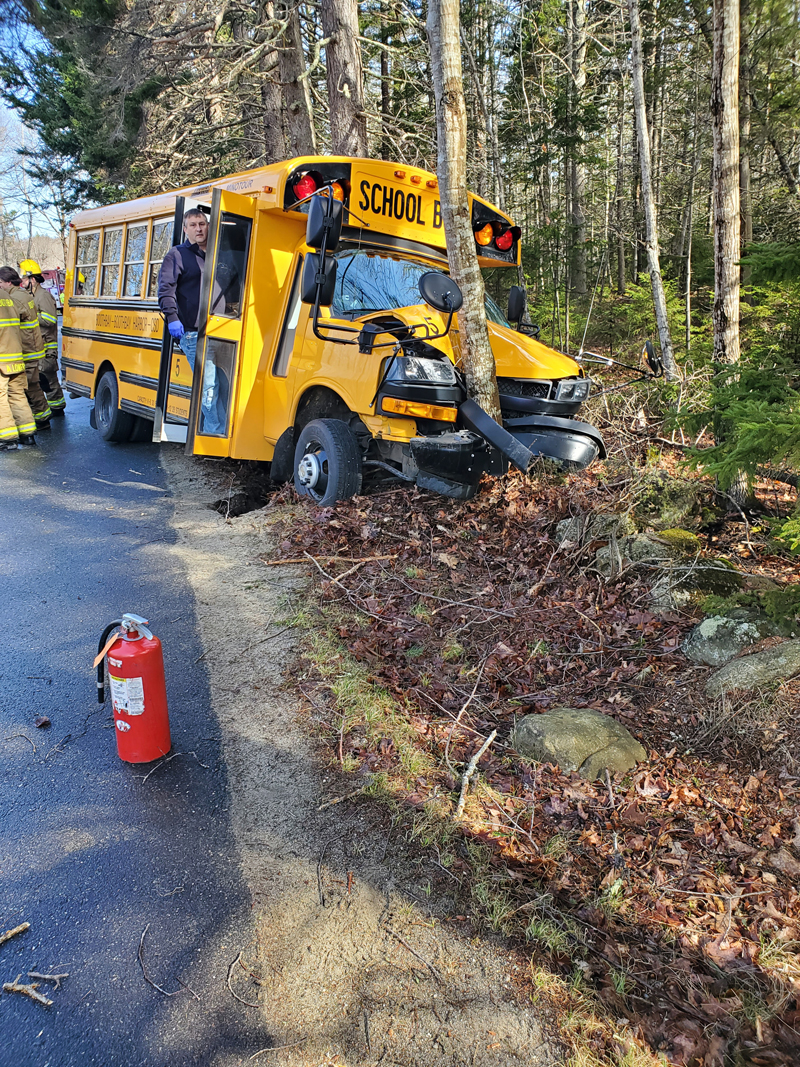 An investigation of the scene showed the bus went off the left side of the road and struck a tree. It is believed the bus driver, Lyndon Roberts, age 67 of Trevett, may have suffered a medical event causing him to lose control of the bus.

There was one student on the bus at the time. Both Roberts and the student were transported to LincolnHealth’s Miles campus in Damariscotta for treatment of minor injuries and observation.

Speed does not appear to be a factor in this crash and no charges are being pursued at this time.

The bus was removed and the road reopened at 9:40 a.m.