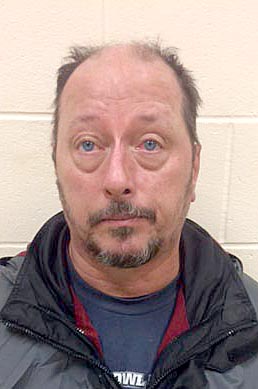 A recently fired employee of Aunt Gin’s Restaurant on Route 17 in Whitefield was arrested Tuesday, Jan. 31 and charged in connection with a break-in at the restaurant the previous evening, Lincoln County Sheriff’s Office Lt. Michael Murphy said.

John F. Dumas, of Augusta, was charged with burglary and violating conditions of release, according to a press release from the sheriff’s office.

Dumas “admitted his involvement, saying he was upset at the owners for denying his unemployment benefits,” Murphy said in the press release.

The break-in occurred during the overnight hours of late Monday, Jan. 30 or early Tuesday, Jan. 31, and was reported later in the morning, Murphy said.

Dumas forced entry into the building and allegedly took the cash register, $200 in cash, a checkbook, credit cards, a Bose radio, several bottles of alcohol, and food from the business, including scallops, shrimp, corn, ribeye steaks, and hamburger.

During an investigation at the scene, evidence was discovered that linked Dumas to the burglary, Murphy said.

While following up on leads, sheriff’s deputies gathered sufficient evidence to be granted a search warrant for 52 Divided Road in Augusta, Murphy said.

It was unlawful for Dumas to possess firearms because he is a felon, Murphy said. At the time of his arrest, Dumas was on post-conviction bail for October 2016 convictions of operating under the influence and operating after revocation.

Lincoln County Sheriff’s Office Detective Sgt. Ronald Rollins was the lead investigator. Anyone with further information is encouraged to contact Rollins at 882-7332.