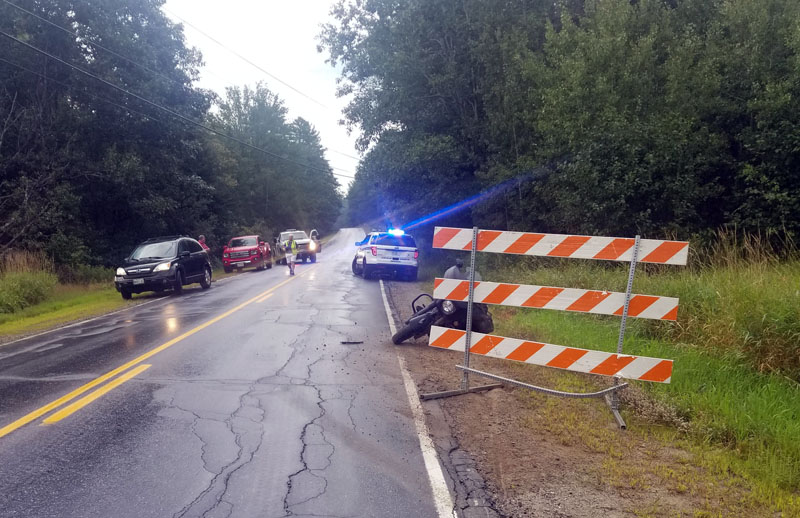 A 62-year-old Jefferson man died in a motorcycle crash on a closed section of Alna Road in Alna on Tuesday, Aug. 25.

Michael Bowden was operating a 2020 Indian Motorcycle north on Alna Road and entered a section of the road that is closed for construction, with large traffic barricades at intersections, according to a press release from the Lincoln County Sheriff’s Office, which cites an initial investigation into the crash. He passed two sets of barricades, as well as construction signs, before crashing into a barricade at the Cross Road intersection.

The Lincoln County Communications Center received a 911 call reporting the crash at 5:31 p.m.

Bowden was not wearing a helmet and investigators believe alcohol may have been a factor in the crash.

The Alna Fire Department also assisted at the scene.