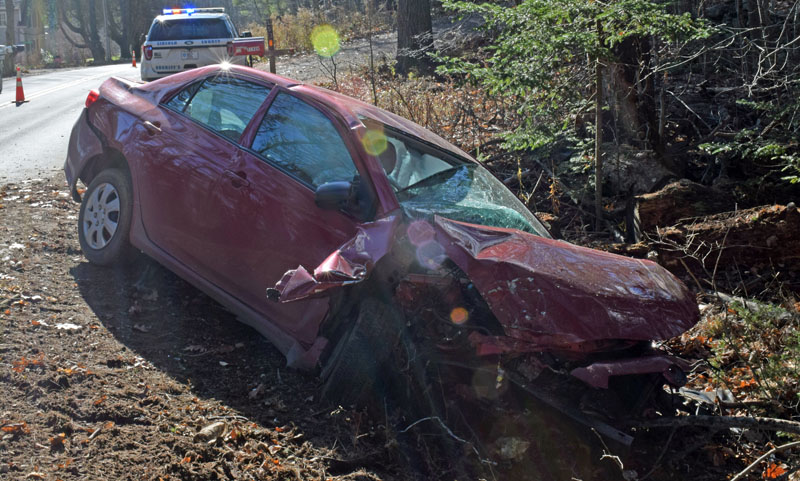 A red 2010 Toyota Corolla on the side of River Road in Newcastle after a crash Monday, Nov. 16. The driver was flown to a Lewiston hospital, according to police. (Evan Houk photo)

A Newcastle woman was flown from LincolnHealth’s Miles Campus in Damariscotta to Central Maine Medical Center in Lewiston after crashing into a tree on River Road in Newcastle the afternoon of Monday, Nov. 16.

Laurel Patten, 55, was driving a red 2010 Toyota Corolla south when she left the roadway and struck a tree, according to Sgt. Kevin Dennison, of the Lincoln County Sheriff’s Office.

Dennison said the cause of the crash is not yet known. Deputy Chad Gilbert is investigating. 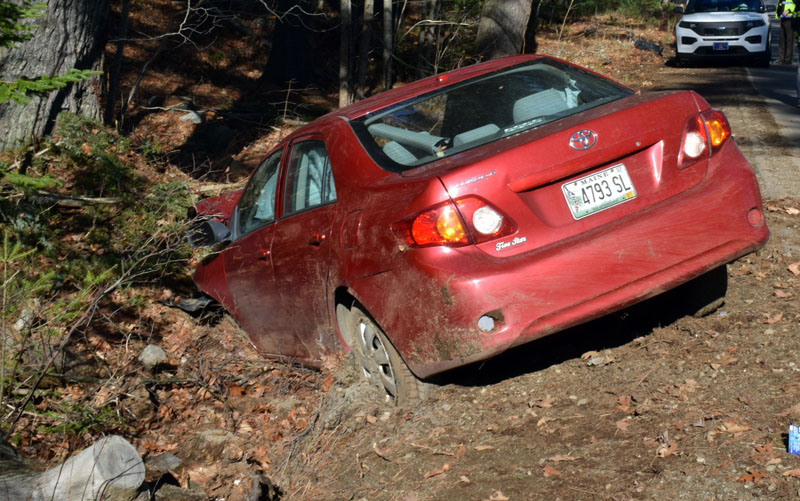 A red 2010 Toyota Corolla in a ditch off River Road in Newcastle after a crash on Monday, Nov. 16. The driver was flown to Central Maine Medical Center in Lewiston, according to police. (Evan Houk photo)

LCSO Lt. Brendan Kane said Patten was conscious at the scene, but he did not know the extent of her injuries. A spokesperson for Central Maine Medical Center gave Patten’s condition as fair on Tuesday, Nov. 17.

Johns Hopkins Medicine, which uses standard language acceptable under federal privacy law and American Hospital Association guidelines to describe patient conditions, defines “fair” as: “Vital signs are stable and within normal limits. Patient is conscious, but may be uncomfortable. Indicators are favorable.”

The Newcastle Fire Department directed traffic and cleaned up the scene. The southbound lane of River Road was closed during the response.