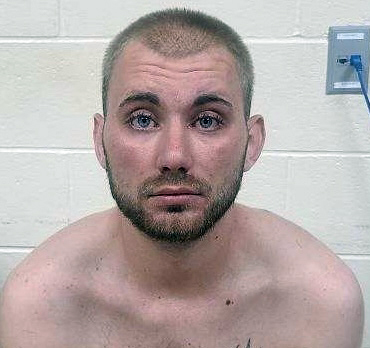 A 23-year-old Richmond man was arrested Sunday, June 20 and charged with operating under the influence, operating without a license, violating conditions of release, and escape after an incident in Wiscasset.

Wiscasset Police Chief Larry Hesseltine conducted a traffic stop on Main Street in Wiscasset after reports of erratic operation of a vehicle traveling south on Route 1 in Edgecomb, according to a press release from the Wiscasset Police Department. Vlad D. Palli was allegedly traveling at a high rate of speed in the breakdown lane approaching the Donald E. Davey Bridge.

According to the press release, Palli nearly caused a head-on collision with another vehicle traveling north after his brakes locked up and his vehicle skidded between two southbound vehicles and into the northbound lane.

Following the investigation of the traffic stop, Palli was arrested for OUI and operating without a license, according to the press release. The operating without a license charge is because Palli has a conditional Maine Driver’s License with a condition he cannot operate a vehicle after consuming any alcohol. Palli was also arrested for violating conditions of release, as he was currently out on bail from drug related charges out of Cumberland County.

Hesseltine handcuffed Palli and placed him in the rear of his patrol vehicle, according to the press release. Palli was later removed from the police vehicle, as it was suspected he tried to hide contraband between the seats of the cruiser. As Hesseltine was retrieving an item under the rear seat of the cruiser, Palli ran to his vehicle and fled.

The Lincoln County Sheriff’s Office located Palli in Dresden and attempted to conduct a traffic stop, according to the press release. Palli continued to flee and engaged in a pursuit heading toward Richmond. Deputies discontinued the pursuit out of public safety concerns when speeds reached 100 mph.

The Richmond Police Department entered into a short pursuit with Palli but lost contact with him on Front Street in Richmond, according to the press release. Richmond police located Palli’s vehicle down over an embankment where it appeared he lost control after entering a dirt parking lot.

Officers from Richmond, Topsham, and the Sagadahoc County Sheriff’s Office arrested Palli after a short foot chase behind his Richmond residence, according to the press release.

Palli was transported to Two Bridges Regional Jail in Wiscasset, where the Lincoln County Sheriff’s Office charged him with eluding and violating conditions of release for their involvement, according to the press release.

Once at the jail, Palli submitted to an intoxilyzer test. His blood-alcohol level was 0.08 four hours after the initial stop on Main Street in Wiscasset, according to the press release.