The newest patrol deputies at the Lincoln County Sheriff’s Office include a former sergeant from Arlington, Texas, and two recent college graduates. 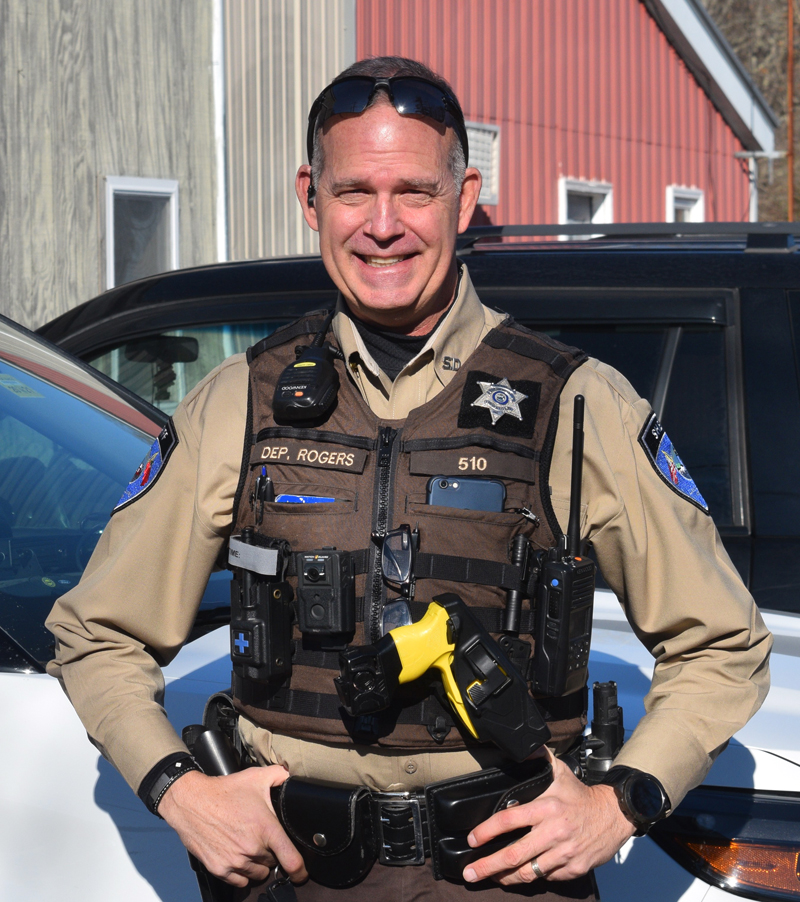 Jeff Rogers joined the Lincoln County Sheriff’s Office after 29 years in Texas as part of a police department with hundreds of officers.

Rogers grew up in Ohio and later in the Houston, Texas region. He graduated from Houston State with a degree in criminal justice and began his career with the Arlington Police Department.

Moving to Maine has been a 10-year goal for Rogers and his wife, who worked for the Canada Border Services Agency in Halifax and spent most of her adult vacations in Maine. When she retired from the agency, she and Rogers decided to close the distance and come together in Maine.

After a few months of retirement, Rogers decided that he had more to give.

He was initially drawn to the Lincoln County Sheriff’s Office because it seemed like a place where he would be welcomed and supported by a close-knit group of peers.

“I looked all around the state and I just really liked the sheriff’s message… on his page (where) he talks about all the great folks that work for him versus about himself. And I respect that,” he said.

Rogers retired as a sergeant in Arlington and had lots of experience across different units and specialties. He worked with a variety of departments including the gang unit, intelligence unit, drone unit, crimes against children unit, and the Honor Guard. He also spent a year and a half with the National Counterterrorism Center in Washington D.C.

Rogers said that, coming from Arlington, working in Lincoln County has been a refreshing change of pace.

“We didn’t have a lot of deer-car accidents where I’m from,” he said.

Rogers said that he felt called to work in law enforcement since he was a child, and pivoted from a degree in engineering to a degree in criminal justice halfway through his college career.

Going forward, Rogers said that he would like to help the sheriff’s office get a drone program started, which would assist officers with search and rescue and locating suspects.

In his free time, Rogers enjoys hiking and biking. He has also begun learning to fish with his wife and he would like to try ice fishing this coming winter. 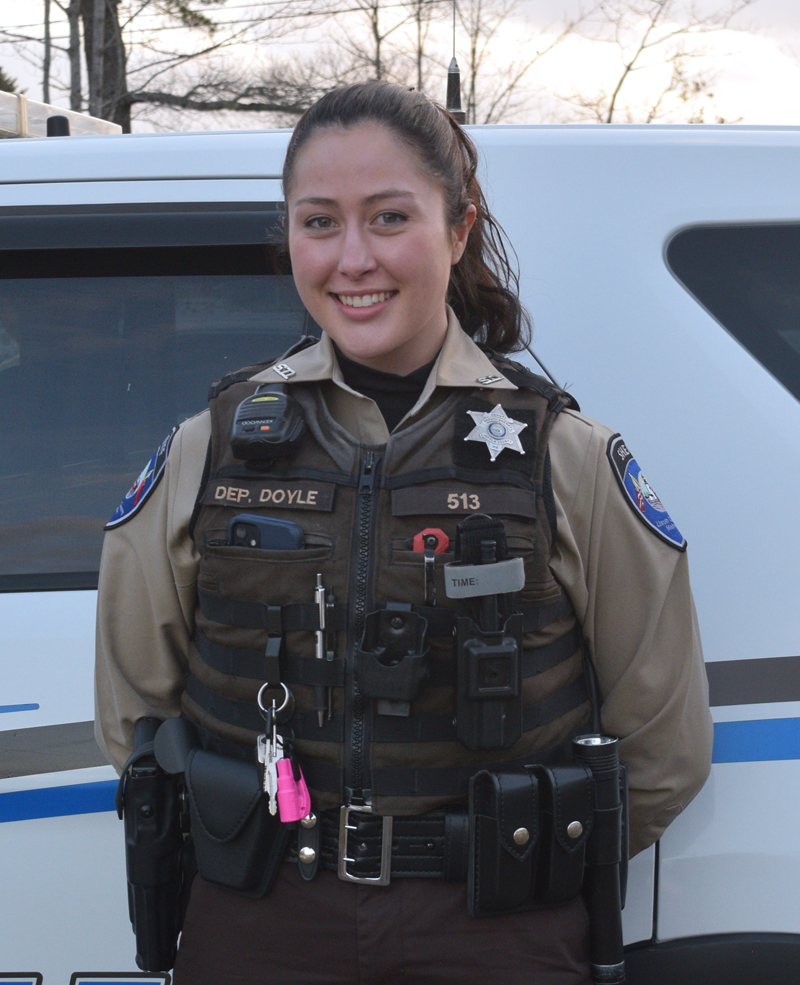 Kasey Doyle joined Lincoln County Sheriff’s Office in July after graduating from Westfield State University in May with a degree in criminal justice. She will attend the Maine Criminal Justice Academy in January. (Nate Poole photo)

Kasey Doyle joined the sheriff’s office in July after graduating from Westfield State University in Massachusetts with a degree in criminal justice in May.

Doyle’s father was a police officer and her uncle is a retired state trooper, so she has always viewed law enforcement as a possible career path.

“I have a lot of family members that have been in law enforcement, so it’s always been something that I’ve wanted to do,” she said.

Doyle grew up in Litchfield attending Oak Hill High School and has fond memories of traveling to the Midcoast to see the ocean with her family. When the sheriff’s office responded to her application, she jumped at the opportunity.

“It’s just kind of a place I always wanted to come back to,” she said.

As her law enforcement career develops, Doyle said that she wants to get involved with K-9 unit work.

She hopes to complete her field training sometime in December and she will begin the Maine Criminal Justice Academy’s 18-week basic training in January.

“It’s a lot of training, it’s a lot of learning, but overall it’s been really fun and everyone has been super helpful,” she said.

Doyle enjoys spending her time outdoors and hunting. Her parents live on a lake and she said that she grew up doing lots of water-skiing and snowboarding.

Although she got the chance to participate in this year’s hunting season, she said that she didn’t come out with anything to show for it this time around. 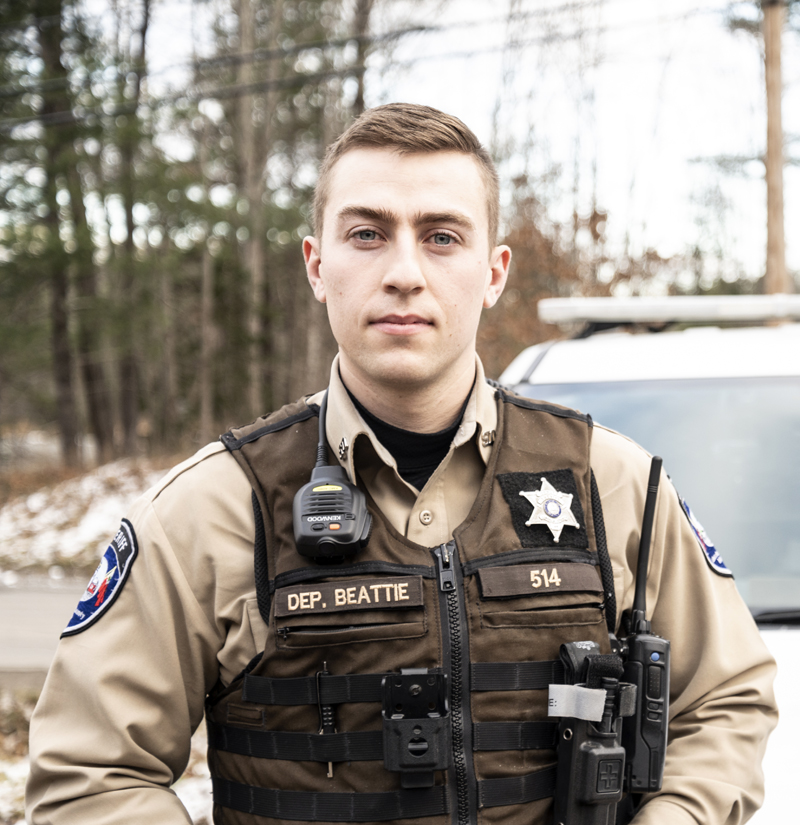 Just over a year since he graduated, Beattie returned to Maine in September to serve as a deputy with the Lincoln County Sheriff’s Office.

Beattie was previously employed as a reserve officer with the Old Orchard Beach Police Department. Deputy Jerold Winslow of Windsor told him about the job opportunities at the Lincoln County Sheriff’s Office.

He said that Lincoln County’s rural character and lack of sprawl is part of what attracted him to the area.

When Beattie was a child, he spent a lot of time around his local fire department, as well as lots of hunters and fishermen, inspiring his passion for law enforcement and conservation. However, during his time at Unity he realized that he wanted his career to be centered more on helping and interacting with people.

This led him to start his law enforcement career with the Old Orchard Beach Police Department in 2019.

Beattie said that he is particularly impressed by the leadership he has seen from everyone at the sheriff’s office, from deputies and sergeants.

He hopes to attend the police academy in January if there is enough space available. Eventually, Beattie hopes to go on to drug recognition school so that he can help with identifying OUIs.

In his free time, Beattie likes to hike, and while he hasn’t yet had time to explore Lincoln County’s trails, he is particularly fond of those in Brunswick.