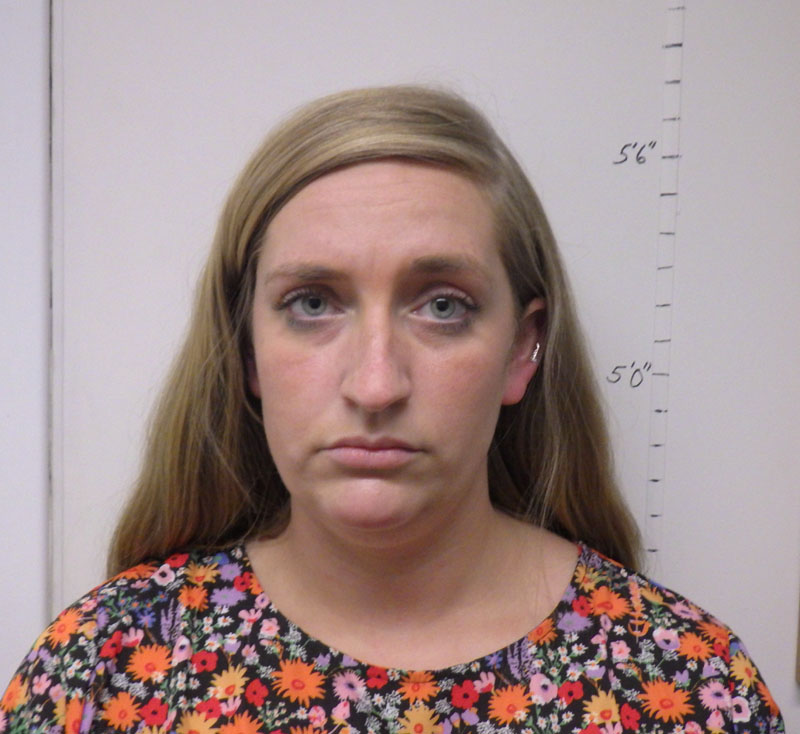 A Boothbay woman was arrested in connection with the Oct. 10 single-vehicle crash that killed 17-year-old Paris Pierpont, of Jefferson, according to a news release from the Lincoln County Sheriff’s Office.

Sally Monroe, 30, of Boothbay, was arrested on Wednesday, Oct. 20, and charged with class D furnishing or allowing consumption of liquor by certain persons prohibited after an investigation by the LCSO. The investigation revealed that Pierpont consumed liquor at Monroe’s residence with her knowledge prior to the crash.

Monroe was released on bail pending a court appearance on Dec. 16 in Wiscasset District Court, according to the news release.

Lt. Michael Murphy, special services supervisor with the LCSO, said by phone Oct. 21 that the investigation into the crash began that same night and has been on-going since then. Murphy said Detective Terry Michaud made the arrest.

“The detective who made the arrest, he’s been working on it since the night of the crash,” Murphy said.

He could not provide more details because it is an on-going investigation.

The initial investigation of the crash indicates that Pierpont was driving a 1998 Volkswagen Beetle north on River Road when the vehicle crossed into the southbound lane, left the roadway, and struck a utility pole and tree, according to a news release from the LCSO.

The airbags in the vehicle deployed, but Pierpont was not wearing a seatbelt.

The Lincoln County Communications Center received a report of a motor-vehicle crash at 10:19 p.m. on Oct. 10. The LCSO, Edgecomb Fire Department, and Central Lincoln County Ambulance Service responded to the scene.

Paris Pierpont was the daughter of Edwin and Bobbie Pierpont.

Anyone who wishes to provide information regarding this event can use LCSO’s tip411 line anonymously by texting the keyword LTIP and your tip to 847411. Persons can contact Detective Terry Michaud at the LCSO by calling 882-7332 or emailing tmichaud@lincolnso.me.