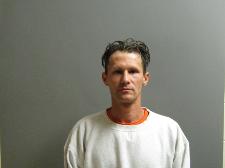 A Thomaston man has been arrested in connection with a shooting in Southport Island that left a woman with non-life-threatening injuries the evening of Thursday, June 21.

The charges follow the agency’s investigation into an incident that took place on Church Street on Southport Island at about 10:48 p.m. Thursday. Wigglesworth and two other adults, a 24-year-old female and a 38-year-old male, were in a residence at the time of the incident, according to the press release. LCSO recovered a .22 caliber rifle at the scene.

The female sustained a gunshot wound to her right arm and was taken by LifeFlight helicopter to Central Maine Medical Center in Lewiston, according to the press release.

The male sustained non-life-threatening injuries from a physical altercation, according to the press release. The Boothbay Region Ambulance Service transported the man to LincolnHealth’s Miles Campus in Damariscotta.

Wigglesworth and the two adults were known to each other, and initial indications point to domestic violence based on the relationship between suspect and the female, Kane said in the statement. The LCSO believes this is an isolated incident.

Wigglesworth is currently being held at Two Bridges Regional Jail in Wiscasset without bail pending a court appearance, Kane said.

LCSO officers were assisted at the scene by the Boothbay Harbor Police Department.

The investigation is ongoing and additional charges are likely, Kane said in the statement.