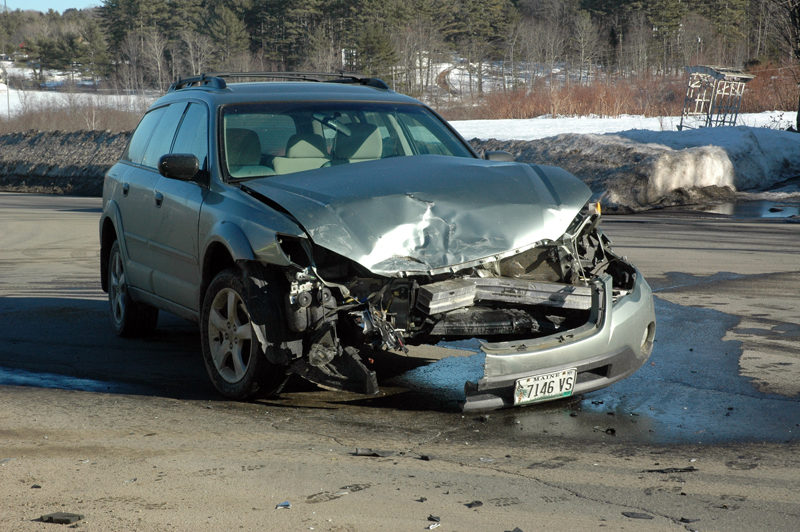 A Subaru station wagon was damaged in a three-car accident at the intersection of Route 1 and East Pond Road in Nobleboro the afternoon of Monday, Feb. 20. (Alexander Violo photo)

A three-car collision at the intersection of Route 1 and East Pond Road the afternoon of Monday, Feb. 20 backed up traffic on Route 1, but did not cause any injuries.

According to Lincoln County Sheriff’s Deputy Chad Gilbert, Timothy Souza, 24, of Jefferson, was driving a Subaru station wagon north on Route 1. Robert Garafoli, 41, of Brunswick, was driving a Ford sedan south on Route 1. Souza attempted to turn left onto East Pond Road, but collided with the Ford. 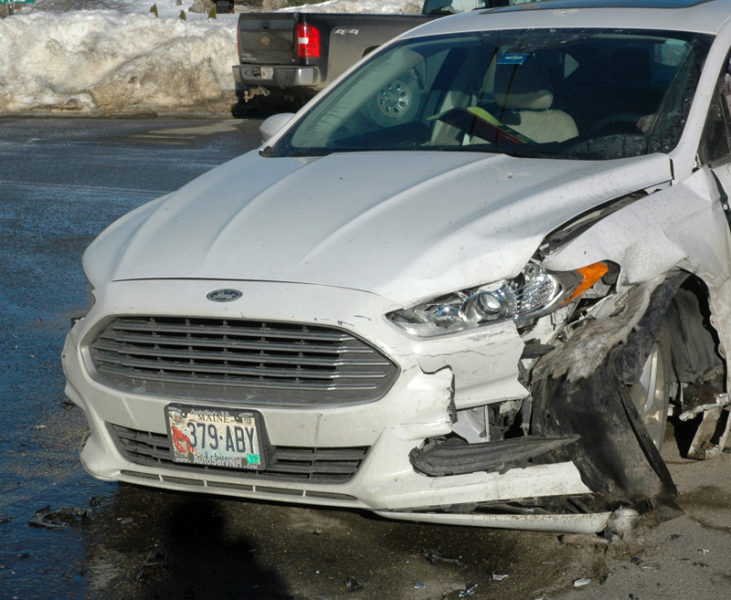 A Ford sedan and a Subaru station wagon were damaged in an accident at the intersection of Route 1 and East Pond Road in Nobleboro the afternoon of Monday, Feb. 20. No injuries were reported. (Alexander Violo photo)

Thomas Magee, 67, of Washington, was driving a Chevrolet SUV on East Pond Road at the time of the collision. The vehicle was stopped at the stop sign, and the collision pushed the Ford into the SUV.

Gilbert said two minors were in Garofoli’s car at the time of the crash.

The Subaru and the Ford sustained visible damage and needed to be towed from the scene, while the Chevrolet was able to drive off under its own power.

Gilbert said the cause of the accident is still under investigation.