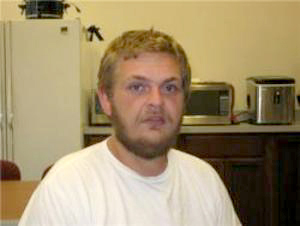 Two Bristol men face felony burglary and theft charges for allegedly stealing a rifle and shotgun from a home in Round Pond earlier this month.

Matthew Jon Christ, 23, and Jordan M. Smerdon, 20, face a single charge each of class B burglary and class B theft by unauthorized taking, according to court documents. Each charge carries a maximum penalty of 10 years in prison.

Sgt. Jason Warlick and Officer Jim Dotson, of the Damariscotta Police Department, stopped a vehicle with an expired registration on Main Street in Damariscotta the evening of Sept. 13, according to an affidavit by Warlick.

Smerdon was driving and Christ was a passenger. Christ is on probation and subject to random searches. During a search of the vehicle, Warlick found the guns and a damaged lockbox containing another man’s birth certificate and other items.

“When confronted, Jordan said the box and the firearms were stolen within a week from (the man’s) home in Round Pond,” Warlick said in the affidavit.

Christ allegedly sold an eighth of an ounce of marijuana to a 16-year-old male in Damariscotta and smoked marijuana with two other adults and the 16-year-old on Aug. 28, according to an affidavit by Warlick.

The charges are class C felonies because the individual was a juvenile. Investigators have clear video of the exchange of cash and marijuana, according to Warlick.

Christ was in custody at Two Bridges Regional Jail in Wiscasset on the burglary and theft charges, as well as a probation hold, at the conclusion of the investigation. Warlick charged Christ at the jail the afternoon of Sept. 16.

Christ is on probation for a conviction of class C burglary. He was sentenced June 8, 2015 to two years in custody with all but 30 days suspended, plus two years of probation, for a burglary in Lincoln County in 2013, according to the Maine Department of Corrections.

Christ remains at Two Bridges as of Thursday, Sept. 22, according to jail staff.

Smerdon is free on $200 cash bail. His bail conditions prohibit contact with Christ and the owner of the guns and prohibit him from Route 32 in Round Pond. The conditions also prohibit the possession of firearms and the possession or use of illegal drugs, and subject him to random searches and tests to ensure compliance.