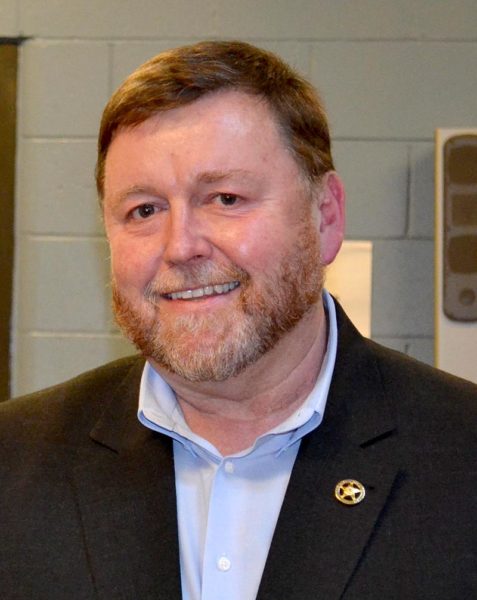 Update: The Lincoln and Sagadahoc Multicounty Jail Authority Board of Directors voted unanimously to place Correctional Administrator Col. Mark Westrum on paid administrative leave after a closed-door session the afternoon of Wednesday, Oct. 12.

The correctional administrator for Two Bridges Regional Jail in Wiscasset, a former longtime sheriff of Sagadahoc County, was arrested the night of Friday, Oct. 7 in Bath and charged with operating under the influence.

Col. Mark Westrum, 55, of Bath, is also a former chairman of the state Board of Corrections. He has been administrator of the jail, which serves Sagadahoc and Lincoln counties, for more than eight years, and previously served as sheriff in Sagadahoc County from 1993-2008.

Westrum was arrested at about 9:45 p.m. Friday on Front Street near the Hampton Inn after longtime Bath police officer Mike Lever allegedly spotted his vehicle operating without lights, according to the department’s public access report released the morning of Tuesday, Oct. 11.

“Indications are that the operator, Westrum, was under the influence,” Bath Police Lt. Robert Savary said Tuesday morning. “After an investigation at roadside, Officer Lever and Sgt. (Mike) Lathrop arrested him for the crime of operating under the influence.”

Savary declined to release additional information about the arrest except to say that Westrum was “cooperative.” Police did not take a mugshot of Westrum, he said.

He was released from the Bath police station on personal-recognizance bail and is scheduled to appear in West Bath District Court on Nov. 22.

Mary Trescot, chairwoman of the Lincoln and Sagadahoc Multicounty Jail Authority, could not immediately be reached for comment. Members of the authority’s executive committee, which includes sheriffs of both counties, declined to comment.

Phone calls to Westrum’s office at Two Bridges Regional Jail were redirected to the office of Lt. William Frith, who did not immediately return a phone call on Tuesday.

Trescot has called a special meeting of the jail authority for Wednesday, Oct. 12 at 4 p.m., according to an email from Firth.

Capt. James Bailey will give the jail administrator’s report, which Westrum normally gives at each meeting, according to the agenda. The agenda also includes an executive, or private, session “to discuss the appointment, assignment, and duties of an individual.”

Westrum resigned as sheriff of Sagadahoc County in 2008 to accept his current position.

(The Lincoln County News contributed to this article.)