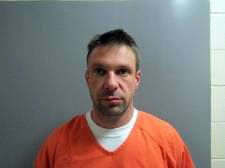 A Waldoboro man on probation for a domestic violence-related aggravated assault has been arrested again on the same charge.

Lincoln County Sheriff’s Office detectives charged Jonathan Tarr, 41, with aggravated assault and a probation violation April 20, according to a press release from the sheriff’s office.

The victim, a different victim from the previous case, was treated at Maine Medical Center in Portland and later released.

Tarr is being held without bail at Two Bridges Regional Jail in Wiscasset. The investigation is active and further charges are likely, according to the press release.

The sheriff’s office asks anyone with information about the incident to contact Detective Jared Mitkus at 882-7332 or jmitkus@lincolnso.me.

Tarr was sentenced to nine months in jail and eight years of probation in August 2016, after he pleaded guilty to multiple felony counts of aggravated assault and criminal threatening with a dangerous weapon.

Tarr had struck the victim with a gun, stabbed her, held a loaded handgun to her head, and otherwise repeatedly assaulted and threatened her in January 2016, according to court documents.

The Lincoln County District Attorney’s Office agreed to a plea deal when the victim declined to cooperate with the prosecution, according to then-Assistant District Attorney Matthew Kanwit. The victim disputed this account. She said that while she declined to testify in open court, she otherwise cooperated with the investigation and believes the district attorney’s office mishandled the case.

Tarr also pleaded guilty to assaulting the same woman in 2013, though the charge was later reduced to disorderly conduct.