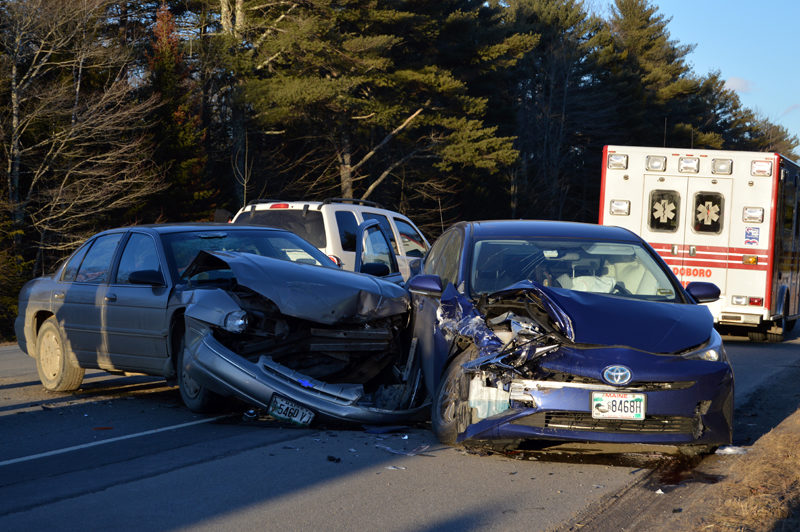 A two-car collision on Route 1 in Waldoboro the afternoon of Friday, March 3. The driver of the Chevrolet was exiting the parking lot of General Tire and did not yield to the driver of the Toyota, according to police. (Greg Latimer photo)

The Waldoboro Police Department reports the following activity for the period of March 1-5:

Officers responded to 138 calls for service.