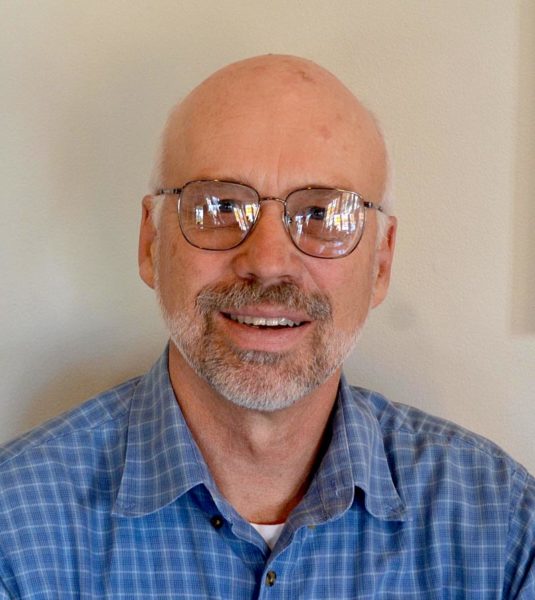 Bowdoin businessman Guy Lebida, a newcomer to state politics, is seeking election to Senate District 23 on a conservative platform that includes lower taxes, no welfare for non-citizens, small government, and deregulation.

According to Lebida, a self-described constitutional conservative Christian, the majority of working people and voters agree with those principles.

By a narrow margin, Lebida beat incumbent Sen. Linda Baker, R-Topsham, in the Republican primary for Senate District 23, which includes all of Sagadahoc County and Dresden. He is now competing in the general election against Democratic candidate Eloise Vitelli, a former state senator.

Lebida, a former builder, general contractor, and land developer, has said he launched his campaign for Senate District 23 out of concern about the voting record of Republican members of the Legislature. Baker’s support for a bill to give asylum seekers welfare benefits caused him to seek election, he said.

Tort reform, low energy costs, and welfare reform are needed to boost the Maine economy and end the opioid crisis, Lebida said. The welfare system in Maine has created generational dependency on state benefits, which has resulted in social deterioration, he said.

The opioid crisis is a symptom of a sick society created by dependency on welfare, Lebida said. Further welfare reform is needed by the Legislature to turn the tide on a crisis that has been in the making for decades, he said.

“The generational welfare dependency is the result of 40 years of liberal progressive action in the state,” Lebida said.

“It took us years to get to this point,” Lebida said of the opioid crisis. “There’s no quick solution.” If elected, Lebida said he will work to support legislation to prevent welfare recipients from making cash withdrawals with their electronics benefit transfer cards, which can result in the use of taxpayer funds for illegal or non-essential purposes.

Tort reform and lowering energy costs are two practical steps the Legislature can take to create a business-friendly climate that will attract good-paying jobs to Maine, Lebida said. Tort reform would end frivolous lawsuits in Maine, Lebida said, something that would make it easier for professionals, such as medical practitioners and general contractors, to do business in the state.

Currently, an individual who is sued is stuck with the cost of legal fees, even if the lawsuit is deemed frivolous and dismissed, Lebida said. He supports tort reform that would require the loser of a lawsuit to pay half of the court costs.

Tort reform would not only lighten the load on the judicial system, but would also cut down on malpractice and other lawsuits and attract more professionals to the state, Lebida said.

Lebida is opposed to Medicaid expansion in Maine. The Affordable Care Act is not working, he said, and expanding something that does not work is not a solution.

Tort reform will decrease the costs for medical providers in Maine, Lebida said. Tort reform, in addition to increasing competition in the health insurance industry by allowing companies to compete across state lines, are two simple steps that can be taken to increase health insurance coverage and reduce costs, he said.

Reducing regulations and energy costs will also create a better business climate that will attract companies to the state and boost the Maine economy, Lebida said. Maine energy costs are being driven by a law that forces the state to purchase renewable energy from small-scale producers at above market rates, he said.

Lebida said he is an advocate for solar energy and is encouraged by the increasing effectiveness of solar panels, but is opposed to any subsidies for solar energy producers. Lowering energy costs will require a policy that combines natural gas with renewable energy sources, such as hydropower and solar, he said.

Solar energy production should be supported by the Legislature through low-interest loans, not subsidies, Lebida said. Current solar producers using the net metering system, which allows solar energy producers to receive a credit on their electric bill, should be grandfathered for a period of time, he said, but net metering is a subsidy, and is no longer needed due to the reduced cost of solar panels.

In addition to opposing any subsidy for renewable energy producers, Lebida said he would work to repeal the provision in the Maine Renewable Resource Portfolio Requirement that prohibits Maine from purchasing renewable energy from producers with more than 100 megawatts of production capacity.

By lifting the restriction, Maine will no longer be forced to pay above market rates for renewable energy, Lebida said. Maine will also be able to take greater advantage of energy produced through hydropower, which offers the cheapest rates of any renewable energy. Hydropower infrastructure is already in place, he said.

Lebida sees Question 2, which will create a 3 percent surcharge on households with a gross income of more than $200,000, as “devastating for Maine.” If the question passes, “it will make Maine’s income tax the highest in the country,” he said.

Not only will there be no change to state funding for several school districts throughout the state, but the surcharge will go into the general fund, not an education fund, Lebida said. “It’s up to the Legislature to determine how to spend that money,” he said.

Lebida said he is doubtful money from the surcharge will benefit public schools. “You can tell I don’t trust politicians,” he said.

As a private citizen, Lebida worked to educate the public about the voting record of members of the Legislature. He will continue to do so if elected, he said.

Lebida will also work to eliminate vague language from bill summaries so it is clear to the public what legislation means, he said. “I want a transparent and accountable state government,” he said.

By improving the climate for businesses and reducing taxes, Maine will become a more affordable place to live, Lebida said. He said the majority of working people in Senate District 23 agree. “We’ll see on Nov. 8 if I’m right,” he said.