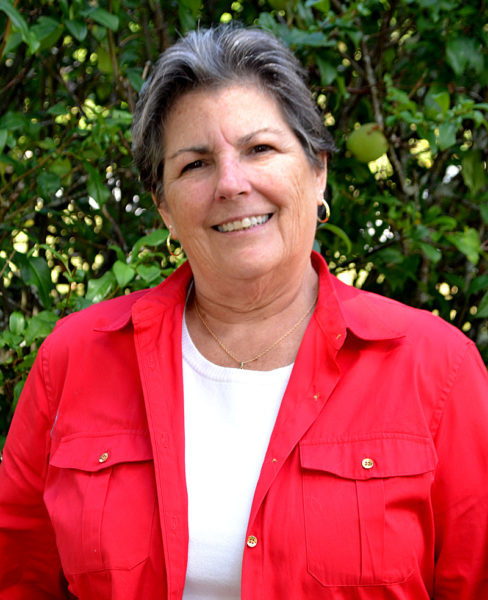 The chair of the Damariscotta Board of Selectmen hopes to bring a fiscally conservative approach to the Maine House of Representatives.

“I very much believe that people should be involved in their government, from the federal level on down to the local level,” Mayer said. “Over the winter people started calling and saying, ‘we know you’re fiscally conservative and we think it would be great if you ran.’”

Since she first announced her candidacy in March, Mayer has been going door-to-door to talk with voters within the district to learn of their concerns. One of the conversations she frequently has with people is about taxes.

“We need to look at ways to keep taxes down to help these folks that are on the fixed incomes,” Mayer said. “We have to run the State House like you run your own house. You can’t spend more than you have, and you have to be strategic and live within your means.”

Mayer said one of the ways spending could be reduced is by looking at programs the state funds to see if there is any overlap.

“We need to reduce the duplication of effort,” Mayer said. “You have to see if there are these overlaps and if there are, we need to see how it can be fixed or what can be done.”

The state also needs to make sure that money being spent on Mainecare is reaching those most in need, Mayer said.

“We need to make sure that those with a legitimate need have access to the support they need, and that the Department of Health and Human Services is reaching the right people, and there is no fraud or abuse of the system,” Mayer said.

“When the federal money dries up and goes away, then what happens?” Mayer said. “In the research I’ve done, I’ve found the states that did accept the money are regretting it now because it ends up costing so much more. What appears to be a good deal might not always be a good idea in the long run.”

Mayer suggests a combination of treatment and enforcement to help combat the opioid crisis the state is facing.

Mayer said she supports the Lincoln County Recovery Collaborative, a joint effort of the county’s law enforcement agencies and health care providers to combat the drug crisis through outreach and treatment.

“I think it’s a great program,” Mayer said. “The key is, you can’t force treatment. People have to accept that they’re addicted to whatever the substance is, and they have to be ready to go into treatment. When they hit that point, the treatment has to be available to them.”

Mayer said the state also needs to “crack down” on the people who are bringing the drugs into the state.

Maine has a number of options to help bring jobs into the state, including lowering corporate taxes, Mayer said. The availability of affordable housing would also need to be addressed in order to bring people into the state.

“These days, depending on your job, you can work anywhere in the world,” Mayer said. “We do a great job marketing tourism here, so maybe if we apply the same effort toward marketing to families and businesses, we can bring them in.”

The state could focus on making itself more attractive by revising the regulations on small businesses, Mayer said.

“We should be looking at all the regulations to see which ones are necessary and eliminate the others,” Mayer said. “It’s encouraging to see these people taking a chance to start a business and contribute to society and the economy. We need to help them, and we can do that by making smarter, fewer regulations.”

On the topic of energy, Mayer said individuals should be able to explore all energy sources to the extent they can afford to make their homes energy efficient and reduce their energy costs. She is not, however, a supporter of subsidies for alternative energy.

“I find it hard to say ‘let’s subsidize the solar energy’ when there are people who can’t afford to pay their bills now,” Mayer said. “It shouldn’t be at their expense.”

Mayer is the secretary of the Damariscotta Republican Committee and was elected as a delegate to the Maine Republican State Convention in 2014 and 2016.

As a champion with the Orton Family Foundation, Mayer helps communities interested in the Heart & Soul Community Planning initiative. She also worked with the foundation to update communications chapters of training materials.

Mayer is the secretary of the Friends of Midcoast Maine Board of Trustees.

Prior to moving to Maine, Mayer worked as a senior program analyst with the International Association of Chiefs of Police.

She went on to work as the chief of the Office of Consumer Information at the National Highway Traffic Safety Administration within the U.S. Department of Transportation. During that time, Mayer developed and implemented the administration’s national media campaigns and its consumer information and materials for behavioral and motor-vehicle programs.