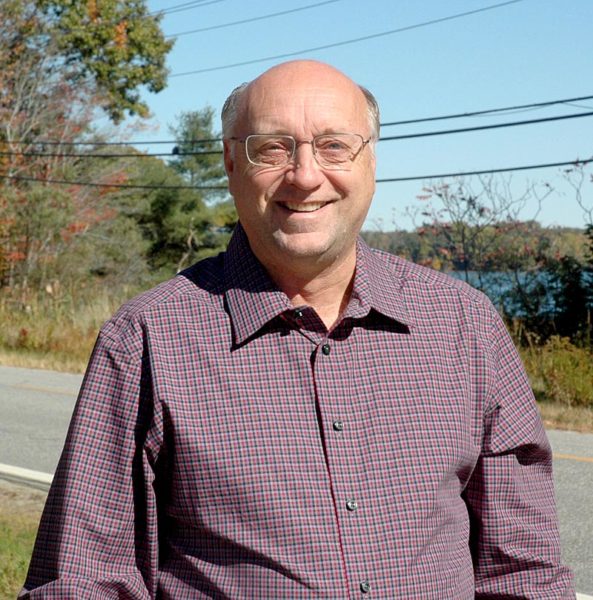 A Waldoboro businessman with experience in Augusta is running to once again represent local residents in the State Senate.

Dow said his most important campaign issues are business and education.

He stressed the importance of improving the conditions for business in Maine.

“Business has never been a priority in Maine and it shows up because our population is stagnant. We don’t grow,” Dow said.

He said more businesses would create more jobs, potentially attracting more Mainers to stay in Maine instead of seeking gainful employment in other states.

“We need to bring businesses in so we can keep young people here. We didn’t become the oldest state for no reason. We haven’t had good economic policies,” Dow said.

The business owner said he knows the process will take time, but he believes work needs to begin as soon as possible.

In addition to attracting new businesses, Dow said more needs to be done to keep existing businesses and jobs in Maine.

“We always react when it’s too late. We need to be more proactive,” Dow said.

Dow said there needs to be more dialogue between the state government and businesses to ensure a healthy economic climate.

He said more business activity would provide the state with more funds to tackle other issues at the state level, including health care and infrastructure.

“The way I look at it, economic expansion is a way of solving a variety of problems. We need to get people back to work. We need increased economic activity to support all the things we need to do in this state,” Dow said.

He said there is opportunity to keep jobs in Maine by keeping various aspects of production within Maine.

“We currently ship lobsters to Canada so they can be processed. Why are we doing that?” Dow said.

Dow said a lot of his business perspective comes from his four decades of experience at Dow Furniture, growing the company from one employee to 20.

“I cut expenses back best I can to save money and invest in my business. It takes a healthy business to do that,” Dow said.

Dow said beneficial policies at the state level can directly benefit the residents of Lincoln County.

“What’s good for the state is good for Lincoln County and vice versa,” Dow said.

Regarding energy policy, Dow said solar and wind are intriguing possibilities that need to be fine-tuned.

“We’re not quite there yet. There is tremendous potential somewhere down the line. Who knows where we are going to go with it?” Dow said.

He said Canadian hydropower offers a cost-effective and intriguing source of sustainable energy.

Additionally, Dow said that though Maine borders only one state, its neighbors include a number of Canadian provinces.

“We need to make it easier for businesses to transport goods back and forth. There is a lot of potential with New Brunswick and Nova Scotia,” Dow said.

A former educator, Dow said he believes vocational education provides an opportunity for the state’s younger residents to get training that can be put toward a variety of economic opportunities.

“I think we have neglected vocational schools. It’s a place where students can learn trades and set up their own businesses. That’s where we can train people with the skills they need,” Dow said.

Dow has lived in Waldoboro for 65 years on the same property and was a member of the first class to graduate from Medomak Valley High School in 1969.

Dow graduated from the University of Maine at Portland-Gorham in 1973 with a bachelor’s degree in education. He went on to become a full-time chemistry and physics teacher at MVHS from 1974-1980.

Dow taught when needed at the school until 1985, before attending Gordon-Conwell Theological Seminary in South Hamilton, Mass.

After his time at the seminary, Dow began to run the furniture store, opened by his father in 1955, full time.

Dow opened Dow’s Discount branch, across Route 1 from the main store, in April 2015.

Dow served two terms in the Senate from 2004-2008 and one term in the House from 2010-2012. He ran for Senate in a special election after the resignation of Sen. David Trahan, another Waldoboro Republican, in 2012, but lost to Johnson.

Dow said he started his political career in Augusta as an outspoken supporter of the Equal Rights Amendment.

“I hate discrimination. It eats at the heart of a nation. There is no place for it,” Dow said.

Dow was awarded the Legislator of the Year Award in 2007 for his work as a co-sponsor with then-Speaker of the House Glenn Cummings, D-Portland, on a predatory lending bill.

Dow said one of the major lessons he has taken away from his time in the Legislature is the need for both political parties to work together when possible.

“I fight for what I think is right, but I do it respectfully,” Dow said.

Besides his time in the Legislature, Dow has served on the school boards for RSU 40 and Region 8.

He has also spent time on the Waldoboro Planning Board and on the board of directors of the First National Bank in Damariscotta.

He has been endorsed by the Sportsman’s Alliance of Maine and the Maine Association of Realtors.