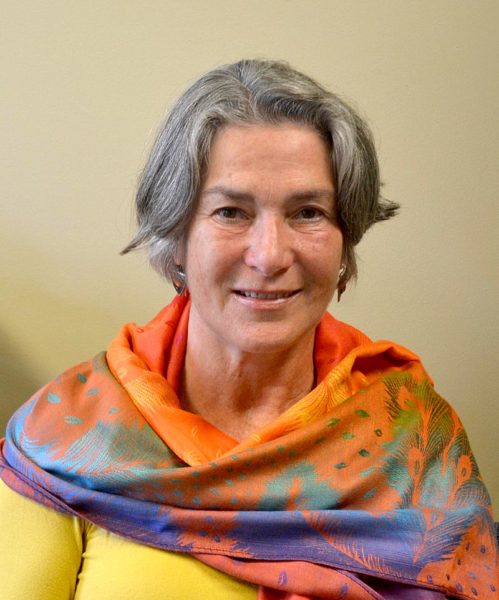 Small businesses, agriculture, and education are key components to Maine’s economic future, Senate District 23 candidate Eloise Vitelli, D-Arrowsic, said. After a defeat in the 2014 general election, Vitelli is seeking a return to the Legislature as the senator for Sagadahoc County and Dresden.

In her professional career, Vitelli has worked to support small-business development and individual and family financial independence as the director of programs and policy development for New Ventures Maine. Vitelli hopes to continue this work in the Legislature.

Lowering energy costs, reforming regulations for small businesses, and creating a comprehensive plan to guide Maine’s economy into the future will be focal points for Vitelli if elected, she said.

In her previous stint in the Senate, Vitelli was a member of the Joint Select Committee on Maine’s Workforce and Economic Future. The now dormant bipartisan committee examined the intersection of entrepreneurship, education, and the economy, and asked what policies were needed to support the needs of businesses, the workforce, and startups, Vitelli said.

The committee initiated projects that brought universities and secondary schools together and helped secure bonds for research institutions, such as Jackson Labs, Vitelli said. Vitelli would like to see the committee brought back to the Legislature.

Vitelli was first elected to the Legislature in 2013 in a special election following former Sen. Seth Goodall’s resignation. In a three-way race in 2014 that included a Green candidate, Vitelli was defeated by Linda Baker, R-Topsham. Vitelli is now competing with Guy Lebida, R-Bowdoin, for Senate District 23. Lebida defeated Baker in the Republican primary by a narrow margin.

While in the Legislature, Vitelli was also chair of the Joint Standing Committee on Agriculture, Conservation, and Forestry. “Agriculture is one of our shining stars,” she said. Historically, Maine has been known as the breadbasket of New England. With the influx of young farmers into the state, agriculture is “a young industry” with the potential to boost Maine’s overall economy, she said.

The intersection of agriculture, commerce, and the economy has been a focus for the Maine Economic Growth Council, which Vitelli has served on for about 20 years, she said.

While the agricultural sector has the potential to contribute to “the health of the people, the environment,” and the economy, young farmers are struggling with issues of scale, and the state could do more to support the growth of independent farms, Vitelli said.

According to Vitelli, problems with economies of scale are also found in regulations governing businesses and energy policy, particularly as it relates to renewable energy sources.

The cost of energy is also an important factor in Maine’s economic growth, Vitelli said, particularly to Bath Iron Works, a major employer in Senate District 23. After an unsuccessful bid for some federal contracts, “a lot of people are worried about what’s next,” Vitelli said.

Reducing the cost of energy is needed to support the continued operation of companies like Bath Iron Works, Vitelli said.

“In general, there’s no silver bullet,” Vitelli said. A long-term strategic energy policy is needed for Maine, but the most immediate energy savings can be found in energy conservation and improving energy efficiencies, she said.

Vitelli is a firm supporter of Efficiency Maine. Among other initiatives, the program helps homeowners find energy savings through an energy audit.

In the long term, Maine needs an energy policy that helps reduce dependency on oil and natural gas, which are subject to changing international markets, Vitelli said.

Vitelli was instrumental in sponsoring legislation during her previous stint in the Senate, which resulted in the often-cited Maine Public Utilities Commission “Maine Distributed Solar Valuation Study.” The study showed solar energy provided a greater benefit to the electric grid than its cost, she said.

“I don’t buy the argument that solar adds to the electric cost (of other ratepayers),” Vitelli said. “Solar hasn’t been brought to scale yet, so we haven’t experienced the benefits of solar reducing overall costs yet, but we’ll get there.”

A long-term strategic energy plan that reduces reliance on foreign energy markets should include goals and benchmarks for energy conservation measures and renewable energy production, Vitelli said. “If you have a goal, and you have a plan, you’re more likely to get there,” she said.

Vitelli is in favor of Medicaid expansion, which will help the state as it battles the opioid crisis, she said. There are still about 70,000 people in the state without health insurance, and many more who cannot afford the insurance plan offered by their employer, Vitelli said.

Vitelli rejects one argument of Medicaid expansion’s opponents, who claim the federal government will not live up to their promise of reimbursement. “I don’t buy that,” Vitelli said. “If we expanded Medicaid, we’d have healthier, more productive people.”

The Legislature “really stepped up” to address the opioid crisis by supporting enforcement, prevention, and treatment, Vitelli said. She pointed to Mid Coast Hospital’s Addiction Resource Center as a model treatment program and said more treatment resources are needed in Maine.

More resources and attention should be given to prevention as well, Vitelli said.

When it comes to welfare reform, “fraud on any level should not be tolerated,” Vitelli said. The system was designed to provide individuals with the means to get back on their feet, something that most people want, she said.

While the number of people receiving welfare benefits has decreased, the number of children living in poverty has increased, she said. “Reducing poverty is really the issue we should be talking about,” she said.