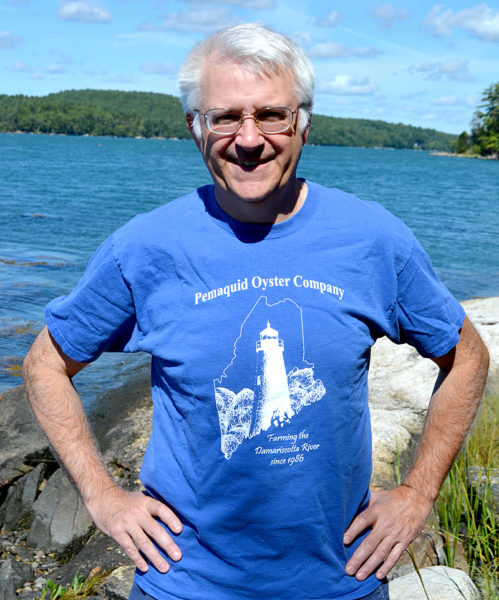 Renewable energy, the opioid crisis, and issues facing Maine’s veterans are some of the issues state Rep. Michael “Mick” Devin hopes to address if re-elected for a third term in the Legislature.

Devin, D-Newcastle, is seeking re-election to represent the people of House District 90, which includes Bremen, Bristol, Damariscotta, Monhegan, Newcastle, and parts of Nobleboro and South Bristol.

Looking toward a third term in the Legislature, Devin said he brings the experience of working with legislators on both sides of the aisle on a number of issues, including health care, education, commercial fishing, environmental issues, and veterans issues.

“My personal and professional background lends itself to the entire district,” said Devin, a marine biologist. “I’m very proud of what I’ve done for the district, and I’d like to keep working for it.”

“I’m very proud of that,” Devin said. “Veterans issues are not Republican or Democratic issues. It’s something we all care about and should work together on.”

Devin supported L.D. 113, “An Act to Reduce the Penalties for Certain Drug Offenses,” a bill sponsored by Sen. Roger Katz, R-Augusta. The bill reduced the punishment for possession of some schedule W or X drugs, which include heroin, when the individual has no previous convictions, from a felony to a misdemeanor.

During a committee hearing for the bill, Devin testified that the previous law was causing problems for veterans who were fighting drug addiction.

“These are volunteers who went overseas and served their country proudly,” Devin said. “In their right hand, they’re holding a purple heart, and in their left hand, we’re giving them a pill to help their pain, which becomes an addiction.”

If a veteran is convicted of a felony, the veteran loses federal benefits.

Early education about opioid and alternatives to pain management are important preventive steps in combating the opioid crisis in Maine, Devin said. Law enforcement’s efforts to combat the trafficking of drugs into the state need to continue, he said.

The largest part of the solution will be helping those who have an addiction find treatment, Devin said.

“This issue is widespread. Everyone knows someone who has been affected by it,” Devin said. “We need to continue to speak up about this and raise awareness.”

Devin said the state also needs to raise awareness about Maine’s quality of life in an effort to bring and keep more people in the state to live and work.

“Education is going to be key,” Devin said. “We need to let them know what we have up here, and that it’s a good place to live and raise a family.”

One of the possible ways the state could assist young people in coming to Maine is to help graduates with their student loans for a period of time if they were to move to Maine to work after graduation, Devin said.

“By the end of five years or so, they’ll be close to paying off their loans, and they’ll have built a life here in Maine, and they’re going to want to stay,” Devin said. “It’s just a possibility. We need to think of ways to make it easier for folks to come up here.”

In order to help all Maine residents have access to health care, the greed needs to be removed from the system, Devin said.

“In the U.S., we have a health care system with outside sources strangling it,” Devin said. “There are people who have figured out how to make a lot of money on the current system.”

Devin said it is “absolutely ludicrous” that the state has not accepted federal funds to expand MaineCare, which provides health insurance for low-income residents.

“There are people out there who are not getting quality medical attention. Their quality of life has been lowered, or maybe they have passed away,” Devin said. “There is no excuse. We are being totally irresponsible.”

Devin said he is working with other legislators to develop a comprehensive energy bill that will be introduced in the next session.

“It’s going to be much better for us to have a suite of renewable energy sources instead of one primary source, which is fossil fuels,” Devin said. “And fossil fuels aren’t going to be around much longer.”

Maine Speaker of the House Mark Eves has appointed Devin to the National Conference of State Legislatures’ standing committee on natural resources and infrastructure, to the Maine Surface Water Ambient Toxics Monitoring Program board, and to the Ocean Acidification Commission as co-chairman.

Devin is an advisory member on the Maine Ocean and Coastal Acidification Coordinating Council. He is a member of the Sierra Club Executive Committee.

At the local level, Devin sits on the Damariscotta-Newcastle Shellfish Committee and is the legislative delegate to the Lincoln County Budget Advisory Committee for the 2017 budget.

Devin currently is a blue and gold officer with the admissions department of the U.S. Naval Academy in Annapolis, Md. As an officer, he advises local students who are applying to the Naval Academy.

The Sierra Club, the Maine Conservation Voters, and the Maine Education Association have endorsed Devin.

Devin has a Master of Science degree in marine biology from the Florida Institute of Technology. He oversees a hatchery at the Darling Marine Center in South Bristol.

Devin and his wife, Laura Devin, live in Newcastle. The couple has two adult sons, Coorain and Chauncey.