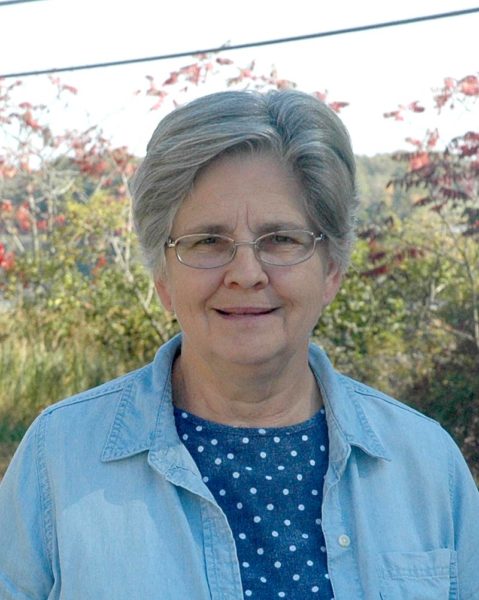 A Waldoboro Democrat is seeking election to the State House, touting her business experience and work as a physician in her effort to win a seat in Augusta.

Emily Trask-Eaton, who has lived in Waldoboro for the last 40 years, is looking to represent the constituents of House District 91, which includes Friendship, part of Union, and Washington in addition to Waldoboro.

As a retired physician, Trask-Eaton said she wants to improve access to health care for Mainers.

“We need to have as many people covered with affordable insurance as possible,” Trask-Eaton said.

She proposed expanding Medicaid as a potential way to increase coverage for the state’s  low-income residents.

“We have to expand Medicaid. To not be accepting federal dollars, a lot of which we paid, doesn’t make sense,” Trask-Eaton said.

She said healthy people are good for the state and its economy.

“So many people can’t afford private insurance or qualify for Medicare or any insurance. I’m talking about working people,” Trask-Eaton said.

Another pressing issue for Trask-Eaton is the state’s ongoing opioid crisis.

“A poor economy, poor-paying jobs, and unanticipated accidents have all contributed,” Trask-Eaton said.

She described the crisis as a wide-reaching issue encompassing dealers looking to make money and impacting individuals who sometimes get started on opioids for a legitimate reason, such as a prescription for painkillers.

Trask-Eaton said there is a perception in medicine that narcotics are the only way to treat pain and often when an individual becomes addicted it is a gradual process.

“A patient can get started on an opioid for a legitimate reason. We don’t know who is going to become an addict,” Trask-Eaton said.

Trask-Eaton is currently retired, having retired fully about a month ago after working as a doctor at Waldoboro Family Medicine for the past 10 years.

Before working as a physician in the community, Trask-Eaton owned the town’s 5 & 10 store for 20 years, as well as the craft store House on the Hill.

She believes her experiences with those two enterprises instilled in her the importance of small businesses to rural communities and the need for residents to have access to a living wage.

“A business that can afford to pay employees adequately is a well-run business,” Trask-Eaton said.

She said a number of businesses have been lost in recent years, creating a need for more jobs to support the community.

“We have lost jobs in our own community. We need more jobs and higher-paying jobs,” Trask-Eaton said.

Trask-Eaton, who described herself as always being interested in medicine, said during her time working at the five and dime, she encountered a number of female customers who felt more comfortable discussing their health with a female.

“There was a void here that needed to be filled,” Trask-Eaton said.

She said once her daughters were off at college, she attended the University of New England’s medical school in Biddeford at the age of 52.

On energy policy, Trask-Eaton said a solar bill that protects residents’ rights to sell power to utility providers needs to pass in the future.

“If people want to put in solar, or if they have it and can’t sell it back, they can’t afford to take that risk,” Trask-Eaton said.

She said other sources of sustainable energy, such as offshore wind and hydro projects, are also potential sources of opportunity.

“Clean tech is viable in Maine. We need to reduce our reliance on fossil fuels,” Trask-Eaton said.

During her time in Waldoboro, Trask-Eaton has worked with a number of community and civic organizations, including the parent-teacher association, of which she is a former president, and the town’s business association.

She was also on the board for two revivals of the Waldo Theatre, helped to restore Waldoboro Day, and ran Waldoboro Day for several years during the 1980s.

Though she has never held elected office, Trask-Eaton ran for the State Legislature twice in the 1980s.

Trask-Eaton was born in the fishing village of Bernard in Bass Harbor on Mount Desert Island.

Having grown up in a fishing community, where her father was a lobsterman, Trask-Eaton understands the importance of lobster, shellfish, and elver harvesting in Maine, she said.

She attended Pemetic High School and went on to major in music at Bard College in Annandale-on-Hudson, N.Y., before earning her master’s degree at the University of Illinois at Urbana-Champaign.

Trask-Eaton is married. Her husband is a chemist. She has two daughters who work as a teacher and a chemist, respectively.

She has been endorsed by the Maine Principals’ Association, the Maine Education Association, The American Federation of Labor and Congress of Industrial Organizations, the Service Employees International Union, the Sierra Club, Planned Parenthood, Emily’s List, the National Association of Social Workers, and Equality Maine.