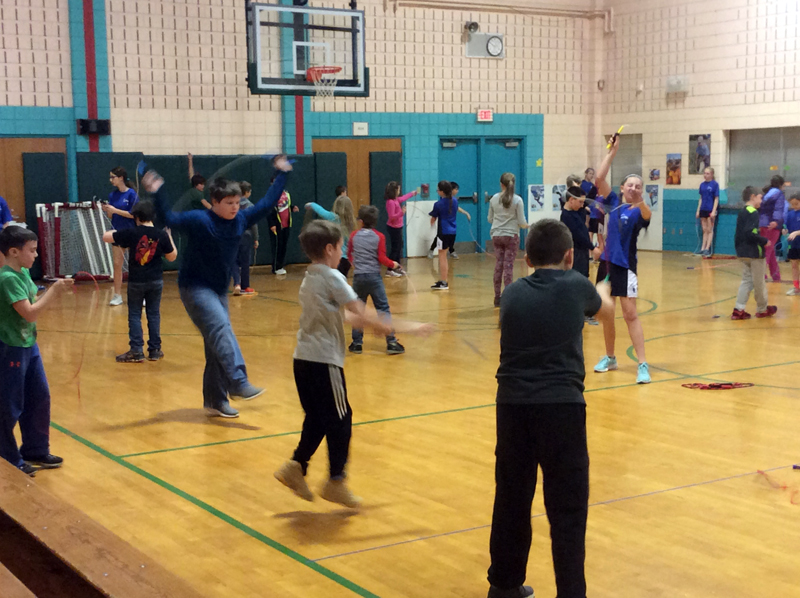 Children at Nobleboro Central School jumped right in to learning some jump rope skills after a demonstration by the Bristol Consolidated School Air Devils on March 20.

The Bristol Consolidated School jump rope team, coached by Chris Perry, performed many of the tricks it does at competitions statewide, causing jaws to drop in the crowd at Nobleboro Central School. Students from kindergarten through grade eight watched the performance, which was followed by a workshop for children in grades three through five, which was arranged by Nobleboro Central School physical education and health teacher Michelle York.

“I loved watching our kids as the Bristol team performed. It is great for them to see what they can do if they put in more time and effort, which applies to all areas of life,” said York.

The children who attended the workshop attempted and gained new skills under the guidance of Perry and his student jump rope team. The Bristol Consolidated School team practices before school, which demonstrates the youths’ dedication to the activity.