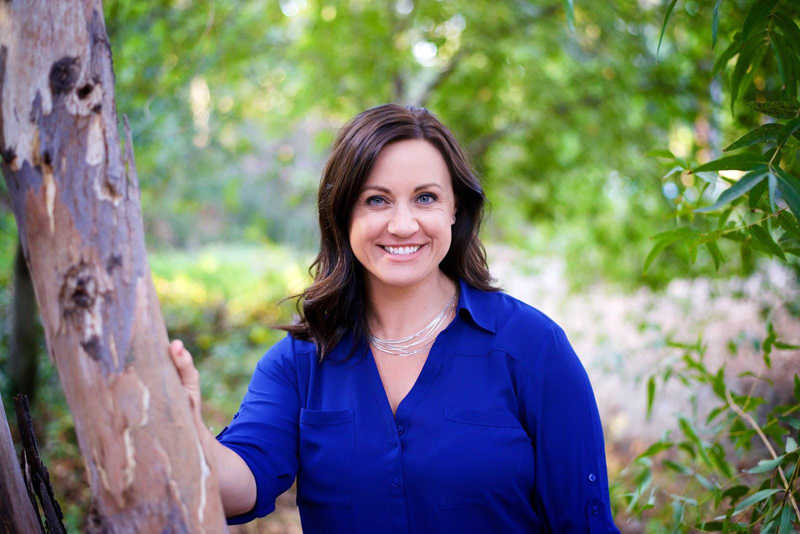 Dr. Christina Boursaw will be taking up her position as the new Edgecomb Eddy School principal starting July 1. She will replace Ira Michaud, who was pricipal of the school for four years. (Photo courtesy Christina Boursaw)

The Edgecomb Eddy School community will officially be joined by its new principal, Dr. Christina Boursaw, on July 1.

She replaces Principal Ira Michaud, who joined the Eddy School in 2017 and will be moving on to a role as the principal at Nobleboro Central School.

For the last eight years, Boursaw worked as a school administrator in California, most recently as principal at Arroyo Verde Elementary School in Redlands. Since her family moved to Maine this past October, Boursaw has been teaching third grade in Bath, calling on the earlier part of her career teaching kindergarten through eighth grade.

“Kids are kids, no matter where you are, and that’s the best part of education: working with students,” Boursaw said.

Boursaw said that it was a good experience for her to reimmerse herself in teaching and understand what an educator might appreciate in a principal, as well as what they might not. It also provided an opportunity for Boursaw to familiarize herself with Maine’s educational standards and curricula.

Coming off of such a strange, chaotic year of teaching amidst pandemic restrictions, Boursaw was pleased to see how much the students came to class with enthusiasm and engaged in their learning.

“It was refreshing to see that, and kids are so resilient, they handled it for the most part way better than our adults did,” she said.

Boursaw received a bachelor’s degree in psychology from California Baptist University in Riverside, Calif., a master’s in education from National University in San Diego, and a doctorate in educational leadership from the University of Redlands in Redlands, Calif.

Before she began her teaching career in 2005, Boursaw spent time working in human resources in the private sector while staying at home to raise her children. Then, when her first son started kindergarten, she found herself inspired by his teacher.

“She was an amazing teacher and so I thought, well, this would be really fun, and so I got my teaching credential, and when I got in the classroom I realized it’s a little more difficult than she made it seem,” Boursaw said, laughing.

When Boursaw moved to Maine with her family, she was keenly aware of how different the area would be compared to California, which is why she made the decision to wade into the community slowly by teaching.

“There were positions posted for teachers and also for administration, but I wanted to get to know kind of the people and the climate,” Boursaw said.

She meant “climate” literally, as it took some time for Boursaw to adjust to New England standards for what qualifies as a snow day, but she also wanted to get a sense, firsthand, for Maine’s education system.

“As a principal you have to be able to answer, right? You have to have the answers and solutions and I thought, ‘I’m not going to be helpful in that regard, being brand new here.’”

Boursaw had actually reached a point last year where she considered sticking with teaching rather than applying for an administrative position, but something about the posting for the Eddy School’s position caught her eye.

Boursaw said that once she drove by the school with her husband, that was all it took and she quickly applied.

Her goal during her first year is to approach the community with an open mind and to just learn as much as possible. She said that every school she’s worked at has been completely different, and so she is not going to approach the Eddy School with any preconceived notions.

“I think the position is a support position. It’s hard to provide that if you don’t know what people want,” Boursaw said.

Boursaw and her husband fell in love with Maine when they had came to visit their son at Colby College, and they decided to move to the state once their daughter was finished with school. Once it was clear that she would be finishing her senior year entirely online, the family decided to make the move to Maine early.

Having survived a winter in Maine, Boursaw said they have yet to regret their decision.

“We look at each other, my husband and I, and we’re like, ‘Can you believe we live here? It’s so amazing that we live here,’” she said.

Boursaw said that she plans to be a regular attendee at the Edgecomb Board of Selectmen meetings and is eager to attend events in Edgecomb and get to know the community.

“The most exciting thing about being a principal is the relationships you get to build with the kids and their families. So I get to meet a whole new group of people, which is exciting,” she said. “Everyone’s been just kind and welcoming and nice and so I’m just excited to kind of get in and be part of all of that.”