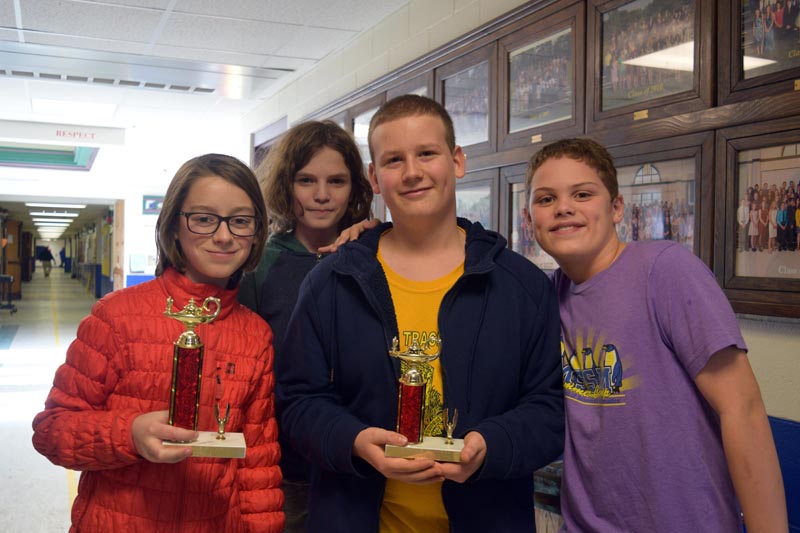 This year, the school has one seventh grade team and two eighth grade teams competing in the Central Maine Math League, one of six member leagues of the Maine Association of Math Leagues.

The teams have competed in two meets this year and will compete in a third at Maranacook Community Middle School in Readfield on Saturday, Feb. 8. Maine does not have a state-level meet for middle schools.

The competitions are “fast-paced,” according to David Felch, an honors math teacher at GSB and adviser for both teams.

The meets bring three teams into a room, with three rounds of questions in each of the four rounds.

Before the 2018-2019 school year, GSB had gone a couple years without a math team. Last year, the school had two seventh grade teams, but no eighth grade team.

Although new to math competitions, the seventh grade team won first place in its second meet, at Gardiner Middle School in January.

“I couldn’t believe they won the meet; they were behind,” Felch said. “I said there was no way, because Messalonskee is a strong team.”

The students agreed with Felch that Messalonskee Middle School was a tough opponent. GSB was behind by five points at one point, but won by two.

In addition to Melanson, Jayden Brown and Gavin Parson were present at the meet. Teammate Joseph Levesque was absent.

During the team’s first meet, in November, they took second at Messalonskee, in Oakland. 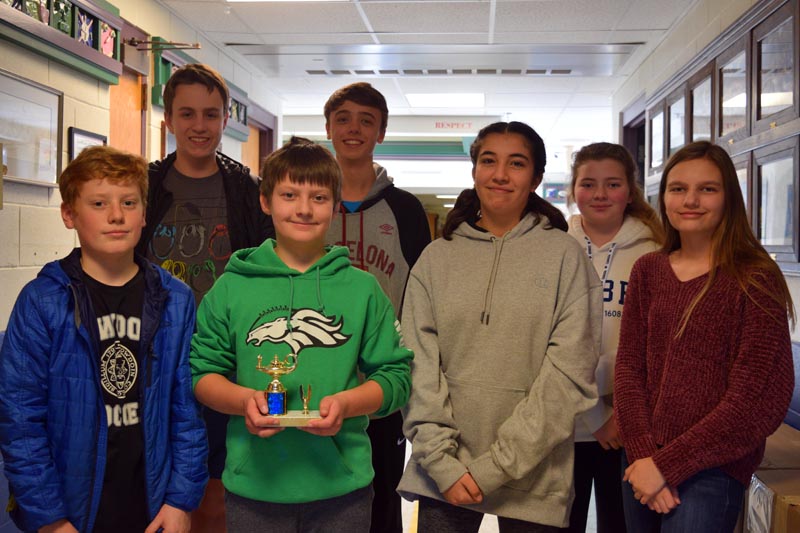 According to the seventh graders, most of their competition consists of pre-algebra questions.

The students joined for different reasons.

“I just get the numbers,” Brown said.

Some want to eventually work in a math-related field.

“I would like to incorporate math somehow into my career. … I like math. It makes sense,” Levesque said.

Felch asked if the students wanted to compete in meets and they all agreed. The seventh graders quickly grew into a cohesive team and learned the process of how each round works during a meet.

“The eighth graders are a pretty enthusiastic bunch,” Felch said. Most also participate in Mathcounts.

At the first meet of this school year, the eighth grade team placed third. At the second, the team did not place.

From an adviser’s perspective, Felch said, the hardest part for the students is fitting the math league into their schedules. Math meets take place early on Saturday mornings and last over three hours.

“They participate in a lot of things, so to fit this thing on a Saturday morning is not easy,” he said.

Most of the participating seventh and eighth grade students are in Felch’s accelerated math class, where they learn algebra and geometry.

Felch has no doubt that some of the seventh and eighth graders participating in the math meets will go on to high school math teams and one day take on mathematics-driven careers, such as architecture and engineering.