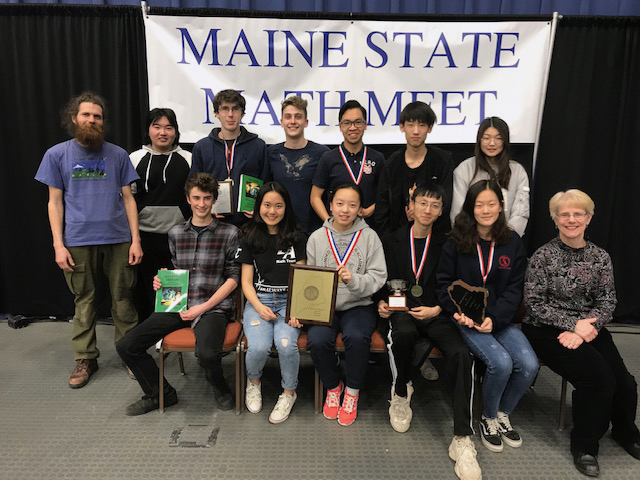 The Lincoln Academy Math Team won the Class B State Championship at the state math meet on Tuesday, April 2 at the Augusta Civic Center.

Nearly 100 high school math teams from around Maine competed for state titles in four classes. In addition to winning Class B by a decisive 150 points, Lincoln Academy came in second in all classes behind the perennial favorite, Maine School for Science and Math, in Limestone.

LA’s high scorer at the state meet was senior Jemma Tang, who scored a perfect 72 out of 72.

Six LA “mathletes” have qualified to represent Maine at the National Math Meet in Pennsylvania later this spring.