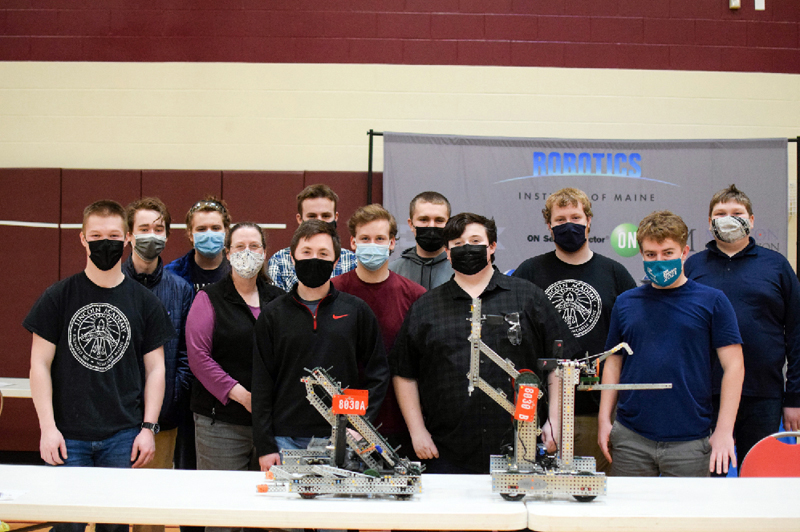 Twelve members of the Lincoln Academy Robotics team traveled to the VEX Robotics World Championships in Dallas, Texas last week. At the tournament, they competed with their state runner-up robot, 8030A, in the 2021-22 VEX Robotics Competition challenge, which involved building and programming a robot to place rings on goals and balance robots, rings, and goals on a platform.

The World Championships included approximately 800 teams who traveled from all 50 states and 40 countries around the world. The teams were divided into 10 divisions, and most of the competition took place within those divisions. LA’s team competed in 10 matches, and of those they won five and lost five, placing them in the middle of the pack in their division and the competition overall. 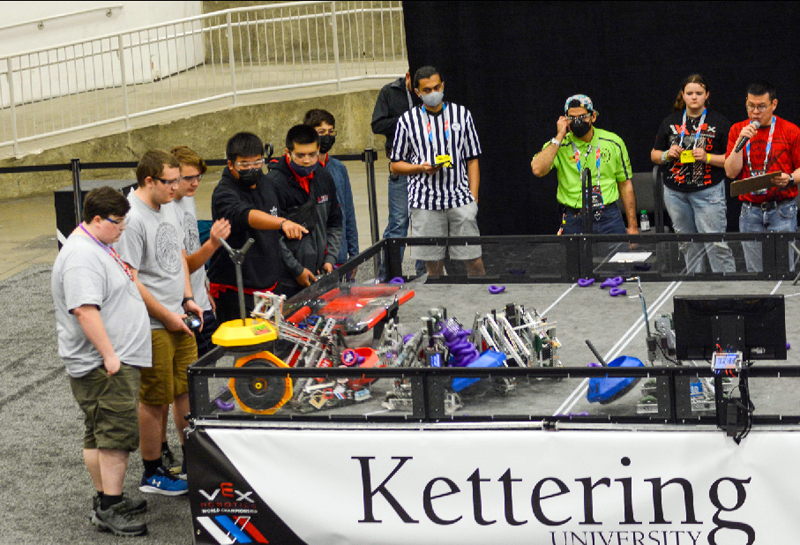 “I was happy with how we did,” said senior Owen Dyer, a team captain who led the construction of robot 8030A. “Being able to compete at that level, and seeing what the best teams in the world had to offer – their strategies and what they did with their robots – was really cool to see. There was a team who had a coach who was a VP at Google, a team coached by one of the founders of VEX robotics, and then us, and other small schools from all over.”

Dyer plans to study engineering at Embry Riddle College in Arizona, where he hopes to participate in collegiate robotics.

Each year the VEX competition challenge is similar for middle school, high school, and collegiate levels, according to Dyer, but colleges “can have bigger robots and fewer restraints, and they compete one on one instead of as an alliance.” 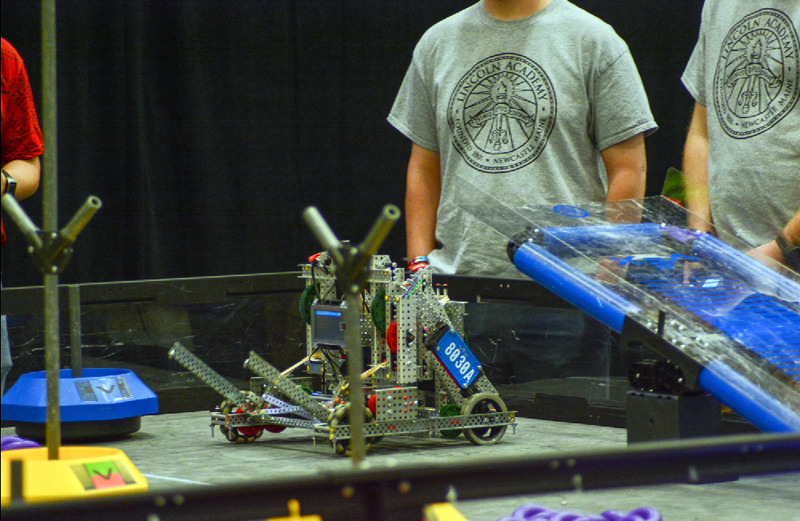 Robot 8030A made the trip to Texas with the LA Robotics team to compete in the World Championships. (Photo courtesy Izzy Petersen)

In Dallas, the team stayed at the Embassy Suites Hotel and spent their days at the Kay Bailey Hutchinson Convention Center. LA Robotics instructor and coach Sue Levesque and math teacher Shelly Richardson traveled with the team.

“This was an incredible educational experience for everyone involved,” said Levesque. “To see students from all over the country and the world solving the same creative challenge in so many different ways was eye opening for all of us. We will be a better team for having seen the bigger world of robotics that is out there.”

One of the highlights of the trip, according to Dyer and Levesque, was the final competition, which took place in a huge auditorium with a high tech light show. The LA team also enjoyed watching their Maine State Championships alliance partner, Thornton Academy, progress to their division finals. 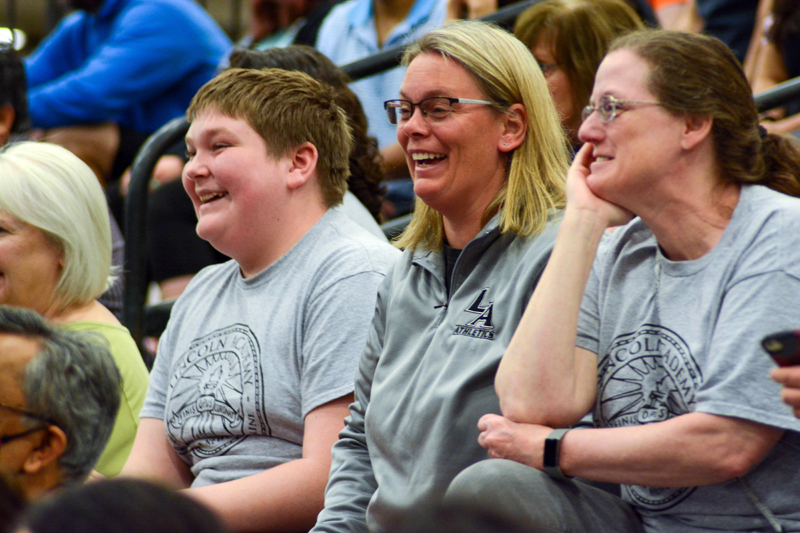 Major donors who made the trip possible included the Lincoln Academy Boosters, Masters Machine Co., Washburn and Doughty Associates, Sabre Yachts & Back Cove Yachts, and The Burns Family Foundation, as well as families of team members and other local supporters.

What is the future for Robot 8030A? “It will be taken apart and repurposed for next year,” said Dyer.

Next year’s VEX Robotics challenge, which was announced at the end of the World Championships event, uses the principles of disc golf, where robots will toss or place discs into baskets.