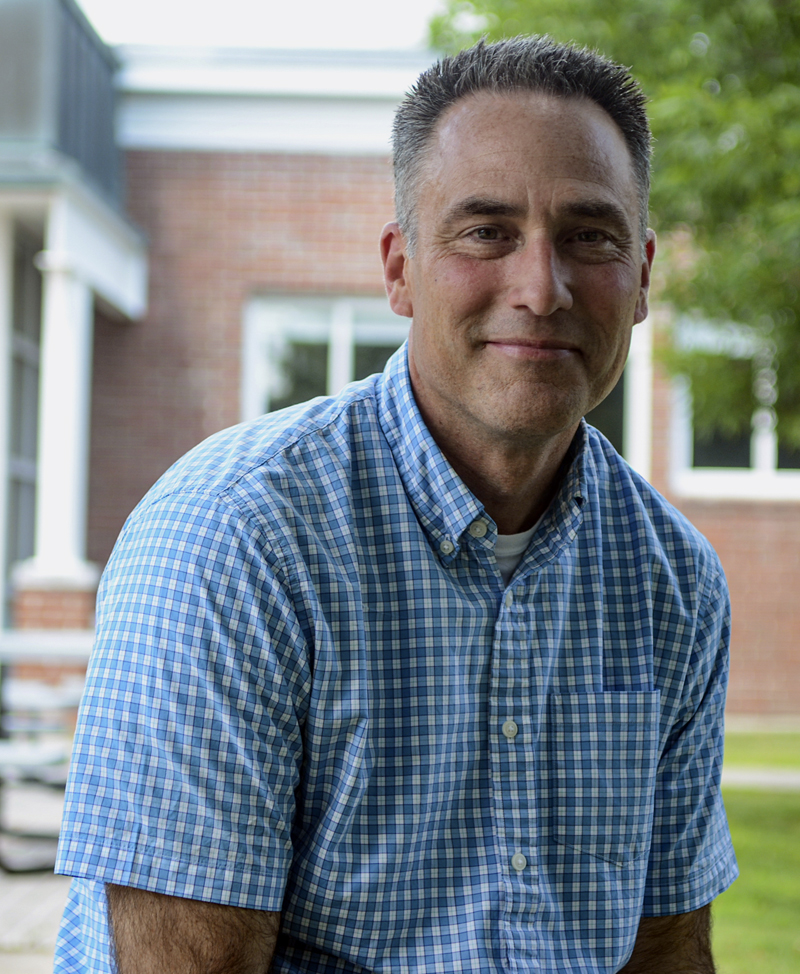 The renovations underway in the front office at Lincoln Academy illustrate the approach of openness and community new Head of School Jeffrey Burroughs hopes to bring to the school.

Burroughs, who started work July 1, said the construction is intended to create a more open and welcoming atmosphere in the front offices, with office staff no longer behind glass windows.

In a July 19 interview, as well as in a July 11 letter to the editor, Burroughs stressed the importance of the relationship between Lincoln Academy and the community it serves.

“We’re dependent on one another, in different ways, but in ways that I think are symbiotic. But it’s important to talk about it, because when people don’t talk, when people don’t share information, when they don’t feel like they can ask questions and get answers, then everyone forms opinions,” Burroughs said in the interview.

Burroughs said everyone has been kind and welcoming as he and his wife, Melissa, familiarize themselves with the Twin Villages area. The couple lives in Borland Hall, the traditional head of school’s residence.

Burroughs said living close to downtown has been exciting for the couple. They have already visited several shops and local restaurants.

Burroughs said the school and their familiarity with the area drew them back to the Midcoast. They previously lived in Woolwich.

“I got here and I fell in love with the school, honestly. The spirit here, the town, the relationship – that’s what drew me here,” Burroughs said.

Burroughs said he is not sure what his wife, Melissa, has in mind, but he knows she will be involved with the community in some way.

Burroughs lived in Woolwich while working at the Hyde School in Bath for 12 years early in his career. At the Hyde School, he worked in the positions of assistant headmaster and director of admission.

Hyde is a fully private school, Burroughs explained, in contrast to LA, which is a town academy. The Hyde School only has residential students, whereas LA has mostly day students. Hyde also operates in a town with its own public high school, Morse High School.

Burroughs did come directly from another town academy, however, having worked at St. Johnsbury Academy in Vermont as assistant headmaster for academics since 2009. He said he is fond of the town academy model, which is another reason he was drawn to LA.

He said St. Johnsbury has a similar model to LA, but is about twice the size. St. Johnsbury serves 52 towns within an approximately 45-mile radius.

Burroughs wasn’t looking for a new job, he said. But the opening at LA came up, his kids are in college, and Midcoast Maine seemed like a good place to live and work.

Burroughs said he has spent most of his first 20 or so days on the job in a lot of meetings, getting to know staff members, and familiarizing himself with the school and community.

He said the administrative team is staying the same with the exception of two new appointments: Kelley Duffy as director of curriculum and instruction and Laurie Hurd as development director. 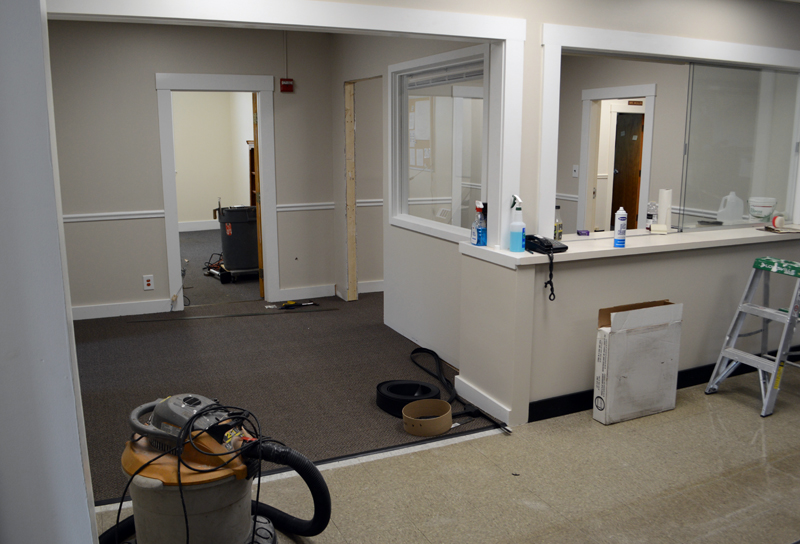 The front offices at Lincoln Academy are undergoing renovations to create a more open atmosphere, according to new Head of School Jeffrey Burroughs. (Evan Houk photo)

Burroughs said he has already met with AOS 93 Director of Curriculum, Instruction, and Assessment Angela Hassett and has spoken on the phone multiple times with Craig Jurgensen, superintendent of schools for AOS 93.

“It’s been established that we are going to work together to try to help prepare our kids for the future,” Burroughs said.

Despite coaching soccer at St. Johnsbury, Burroughs said he will not have time to coach at LA. However, he is going to teach an Algebra II class. Burroughs said he has always taught at least one class while working as an administrator, simply because he loves teaching.

Burroughs hasn’t always worked in education, though. His degrees are in electrical engineering and, after his time at the Hyde School, he worked at IBM as a program manager for seven years.

Before taking the St. Johnsbury job, he was up for a promotion and a relocation to New York with IBM. However, he didn’t feel the move was right for his wife and kids, and he turned the offer down.

“We decided that having our kids in an independent school, in an environment where I worked and they could see me work, was going to be more valuable to our family than the monetary gains of staying and working in a corporate culture,” Burroughs said.

“If you’ve taught kids, no matter what age, you can get sucked in by the idea of making a difference in somebody’s life,” he went on to say about why he was drawn back into education.

Burroughs said he still highly values his time at IBM.

He said the business background he developed at IBM helped  prepare him for certain aspects of academic administration.

“Our job is to put the kids that come here on a path to being fulfilled, whatever that career may be. They may go right to work. They may go to the military. They may go on to college. It doesn’t really matter. Our job is to help them be the best prepared that they can be. And we have to have a solid relationship with the community to be able to do that effectively,” Burroughs said.