Medomak Valley senior Erik Benner takes down an opponent on his way to a KVAC title at 195 pounds. (Paula Roberts photo) 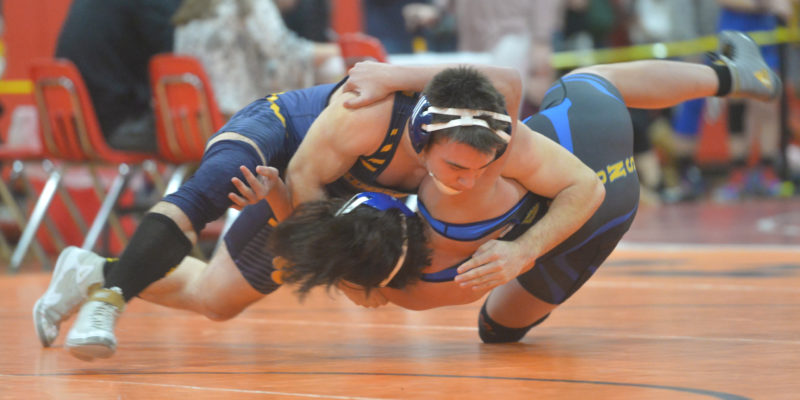 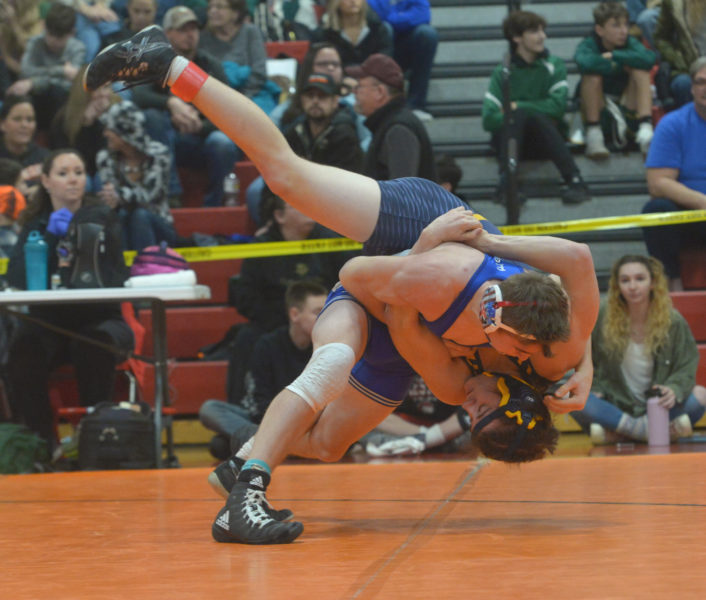