Maranacook defeated Lincoln Academy 71-62 in the Eagles’ nest on Jan. 13. The Black Bears led by as many as 16 points in the third quarter. Lincoln rallied to pull within three with four minutes remaining in the fourth quarter. Keagan McClure scored back to back hoops, and sank five of six foul shots down the stretch to seal Maranacook’s win. Brayden St. Pierre led Maranacook with 24 points, and McClure added 18 and Jacob McLaughlin 12. Lincoln was led by Gabe Hagar with 17, Lucas Houghton 11, Nate Masters 10 and Tucker Stiles 9. 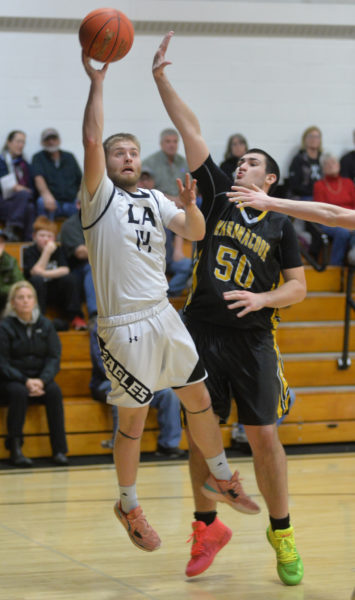 Jack Duncan drives inside for the Eagles (Paula Roberts photo) 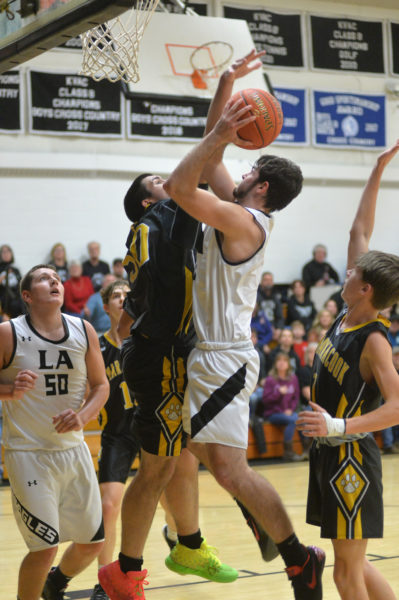