Maranacook boys basketball team raided the Eagles nest in KVAC make-up action on Jan. 31, 74-53. Lincoln Academy was led by Tucker Stiles with 14 points, Gabe Hagar 10 and Lucas Houghton 8. The Black Bears were led by Nick Wilson with 14, and Nick Florek and Tyler Hreben 12 each. 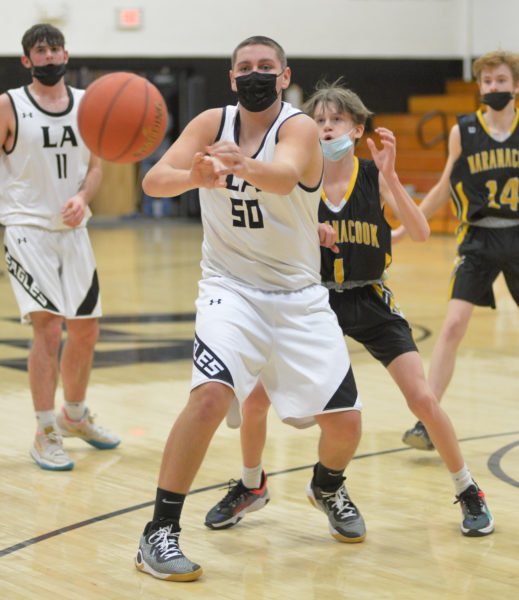 Tyson Ball passes the ball to the wing in the Eagles loss to Maranacook. (Paula Roberts photo) 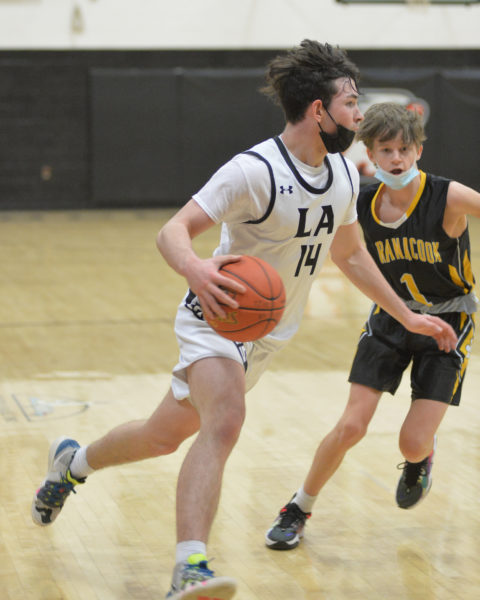