The Boothbay Region boys basketball team defeated Carrabec 93-52 in the Seahawks nest on Wed., Feb. 14 to advance to the South B quarter-finals at the Augusta Civic Center. Boothbay will play on Mon., Feb. 19 at 2:30 p.m.

The Cobras stayed with Boothbay for the first five and a half minutes of play. Trailing by two, the Seahawks rallied to close out the first period with a 10-2 run to take a 19-13 lead at the quarter break. Boothbay out rebounded Carrabec 17-5 in the second frame to take a 48-23 lead at the half. They extended their 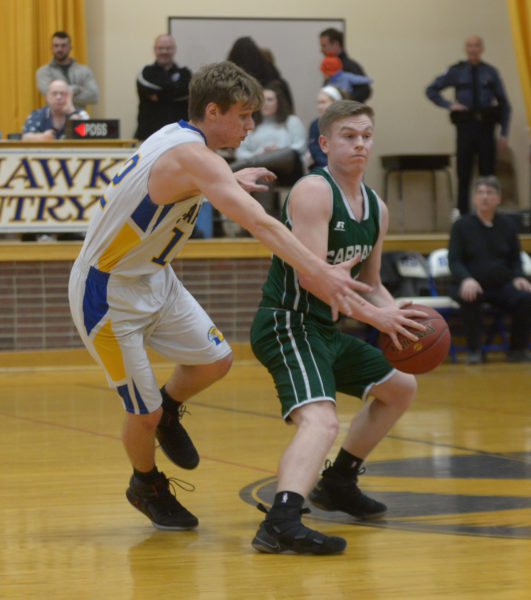 Kyle Ames goes for the pick in Boothbay’s 93-52 win over Carrabec in a South Class C preliminary match-up on Feb. 14 in Boothbay. (Paula Roberts photo) 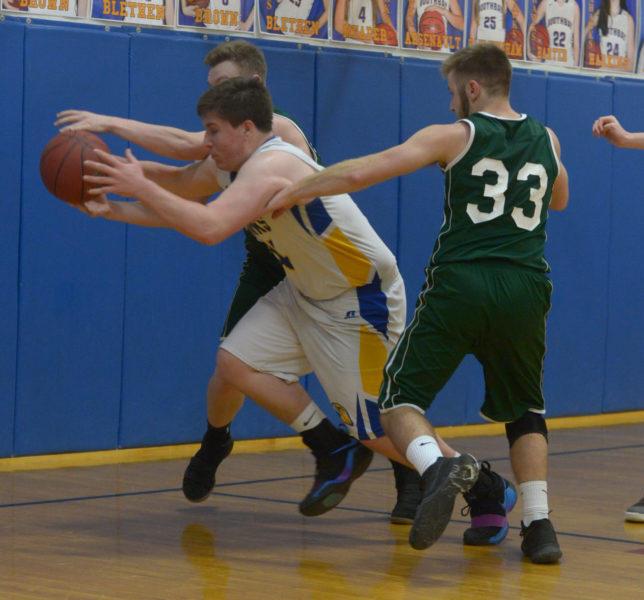 Cameron Crocker battles for a rebound. The Boothbay senior came off the bench for 13 boards. (Paula Roberts photo)

Boothbay held a 47-28 advantage on the boards, led by Cameron Crocker with 13 rebounds.