Boothbay boys basketball team defeated Richmond 53-49 on Feb. 11 in the Seahawks nest. Boothbay led 13-9 at the quarter, and 25-15 at the half. Richmond cut the lead to six early in the third period. The Seahawks answered the threat with a 16-4 run to take an 18 point lead. 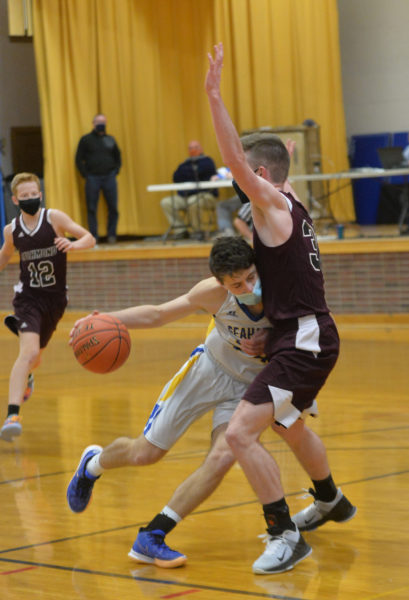 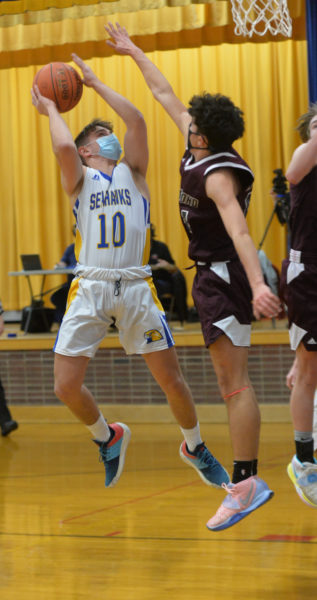 The Bobcats rallied in the fourth to pull within two with 13 seconds to play. Ben Pearce iced the game at the foul line with seven seconds remaining to give Boothbay a four point win.

Boothbay was led by Pearce with 16, Sullivan Rice 11, Kaleb Ames 9 and Matt Sullivan 8. Richmond was led by Densmore with 27 (18 rebounds) and Connor Vachon and Andrew Vachon 8 each.