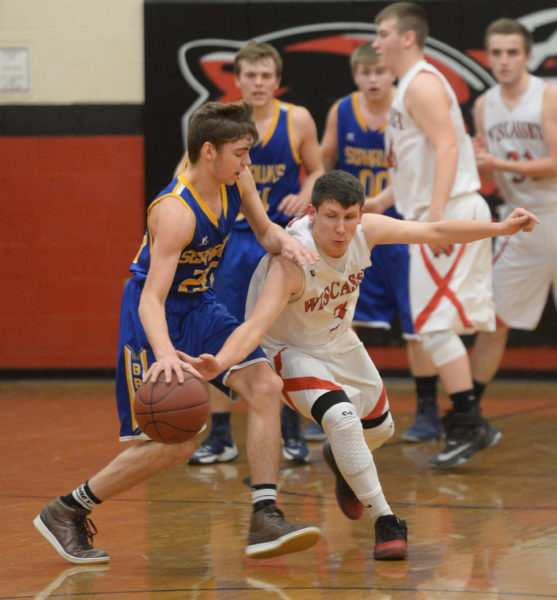 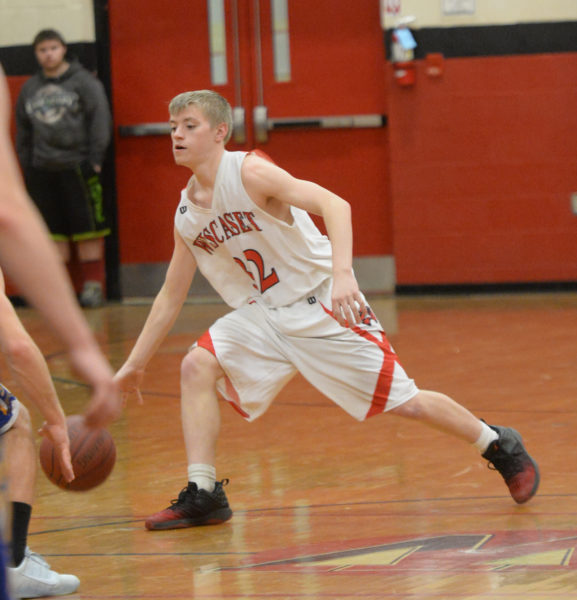 Wiscasset senior Andrew Chubbuck brings the ball up the court for the Wolverines. (Paula Roberts photo)

Boothbay boys basketball team soared out of Wiscasset on Feb. 8 with a 79-58 win. The game was tight in first half action, with Wiscasset trailing by two with two and a half minutes to play. The Seahawks ended the half with a 14-2 run to open up a 14 point lead at the break, 44-30.