Boothbay Region girls basketball team defeated Traip Academy 46-32 on Feb. 20 at the Augusta Civic Center in a South Class C semi-final match-up. With the win the Lady Seahawks advance to the South C Regional championship game against Winthrop, to be played on Sat. Feb. 22 at 6 p.m. in Augusta. Boothbay defeated Winthrop twice during the regular season and lost to them in the Mt. Valley Conference championship, setting up a re-match for a chance to play for a gold ball.

Boothbay jumped out to a14-2 lead over Traip in first quarter action, led by Glory Blethen with nine and Jaelyn Crocker 5 in the period. They maintained an eight point lead at the half 25-17 and the quarter 34-22. The Lady Seahawks made six of eight foul shots in the final 2:34 to play to bump their lead to 14. 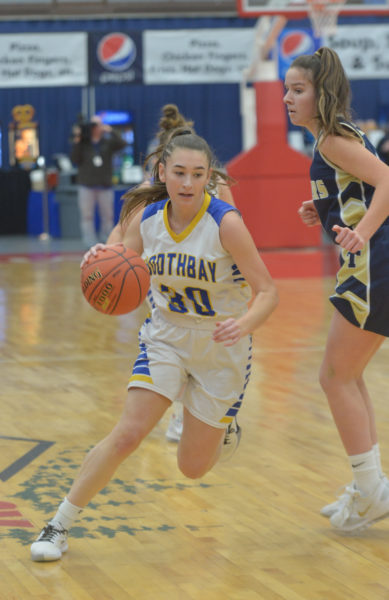 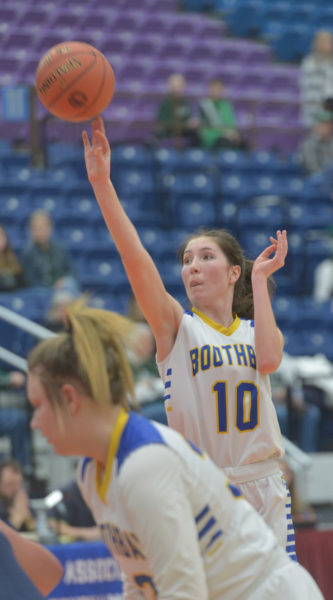