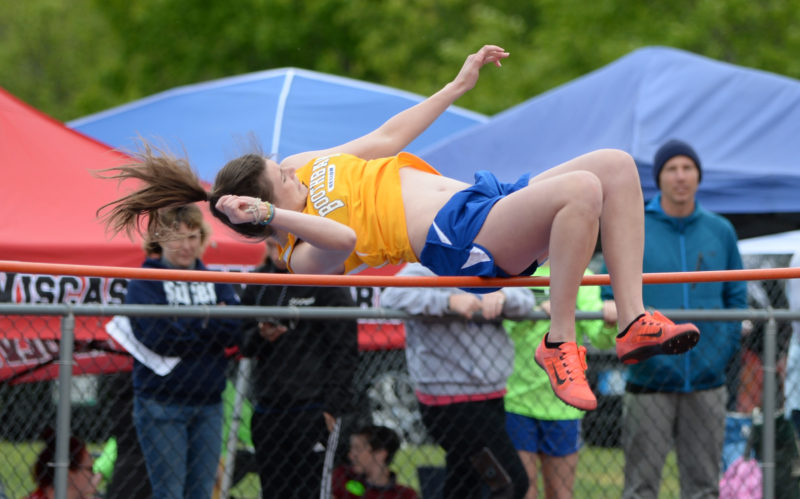 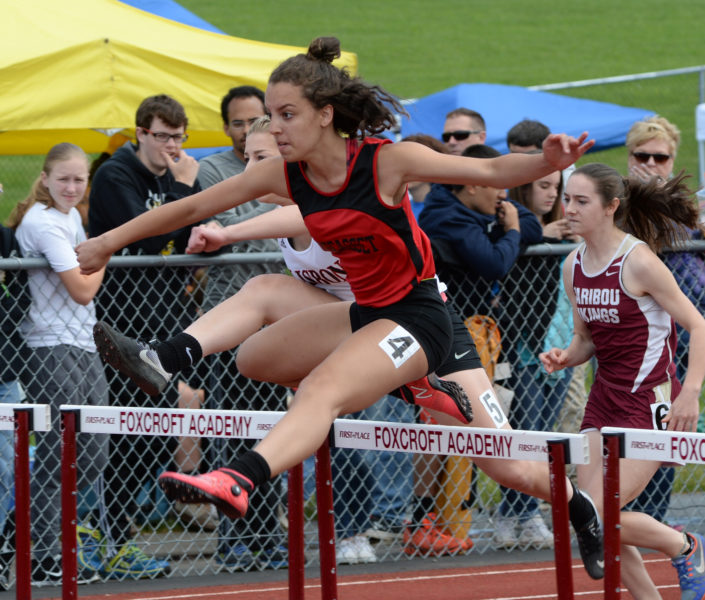 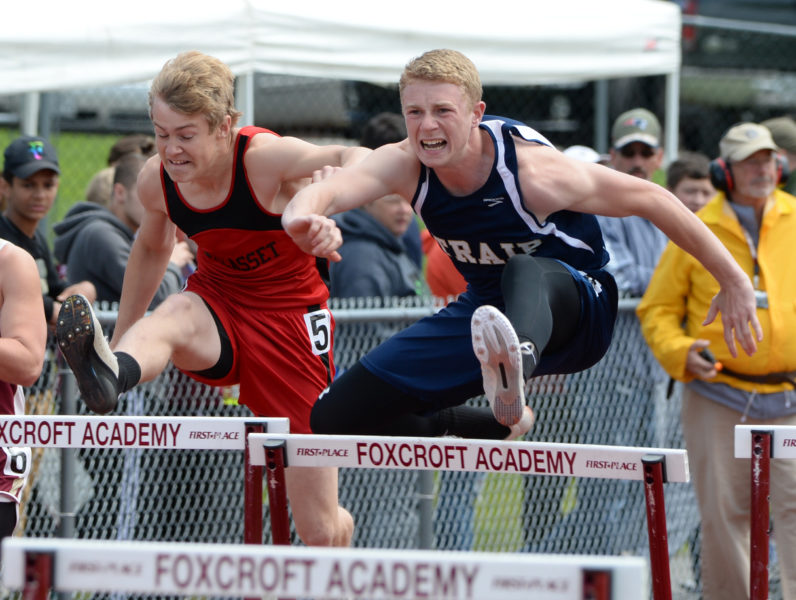 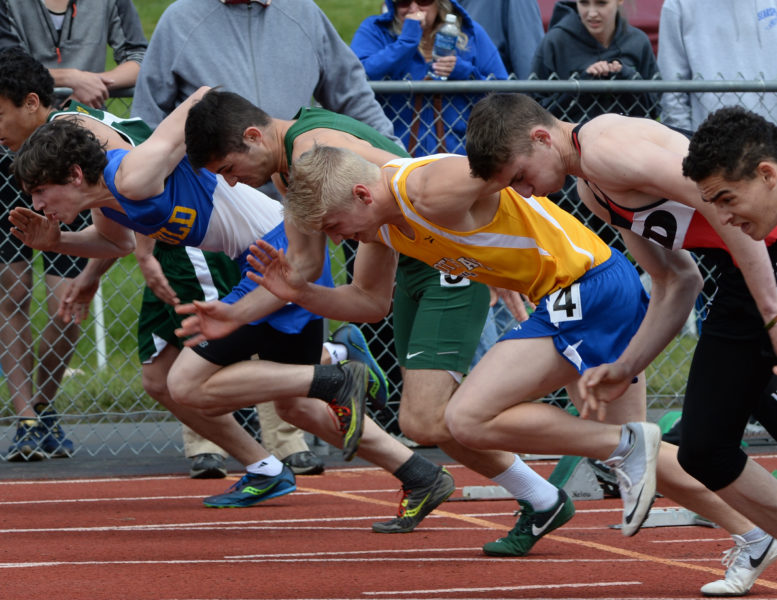 Boothbay’s Draco Peaslee placed third in the 100 and fourth in the 200 at the State Class C championships. (Paula Roberts photo)