Madison clipped Boothbay 63-41 in a South Class C quarter-final game at the Augusta Civic Center on Mon., Feb. 20. Madison led 14-13 at the quarter and 28-25 at the half. The Bulldogs forced three straight Boothbay turnovers at the start of the third to build a 10 point lead. The Seahawks ended the frame with a flurry of turnovers to find themselves down 44-31 at the end of three. Boothbay was unable to mount a comeback in the fourth. 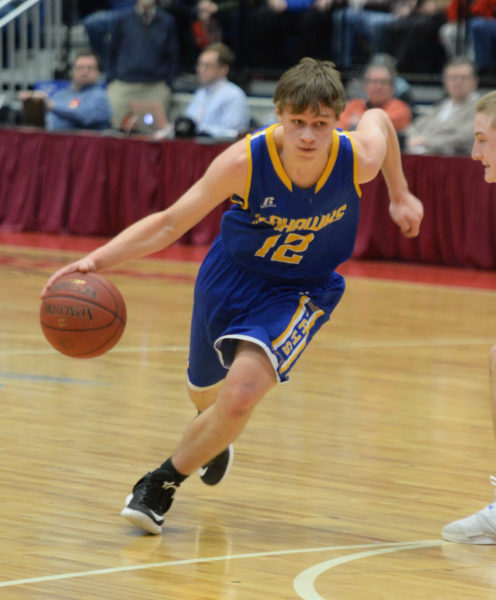 Kyle Ames brings the ball up the court for the Seahawks. (Carrie Reynolds photo) 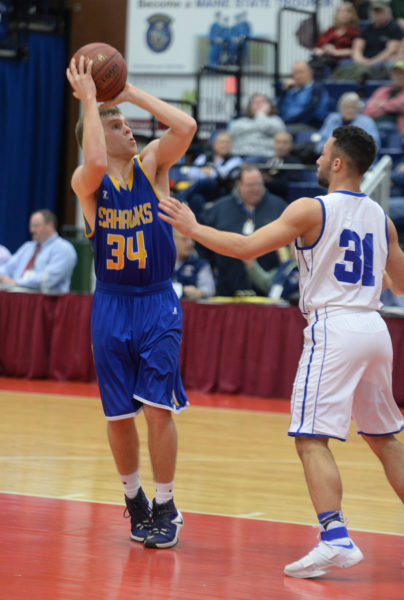