Morse softball handed Medomak Valley their first loss of the season on May 10 in Waldoboro. 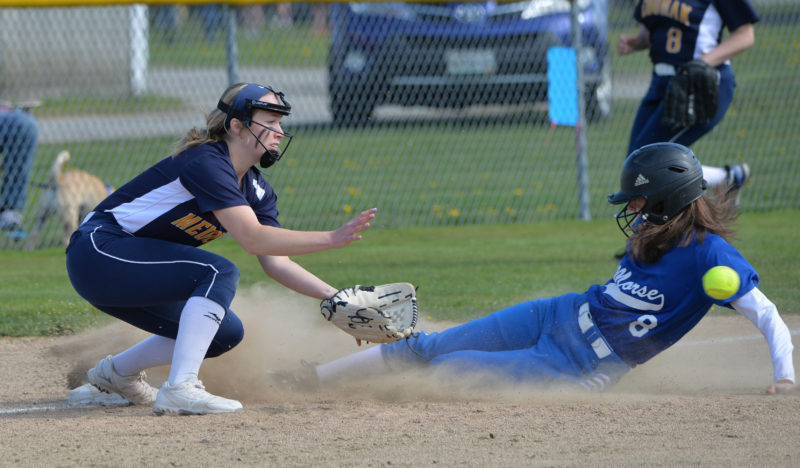 Abby Carpenter hit a two run homerun in the top of the ninth to snap a 4-4 tie. Camden Johnson struck out 17 in the win. Medomak was led at the plate by Alyssa Creamer with three singles.