Yarmouth girls basketball team raided the Eagles nest for a 64-49 win over Lincoln Academy  on Jan. 7. The Clippers jumped out to a 22-10 first quarter lead, and led 39-20 at the half and 53-32 at the end of three. The Eagles rallied in the fourth with a 10-1 run, but it was not enough to catch their visitors. Yarmouth was led in scoring by Katelyn D’Appolonia 18, Calin Mcgonagle 14, Margaret McNeil 13 and Ava Feeley 12. Lincoln was led by Maddy York with 18, Grace Houghton 8, Ellie Mathews 8 and Payson Kaler 7.

Lincoln boys lost at Yarmouth 71-27. Yarmouth was led by Peter Psyhogeos 12, and Will Cox 11. The Eagles were led by Gavin Dolloff with 8. 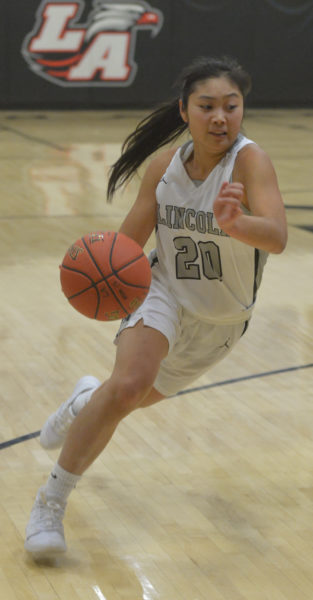 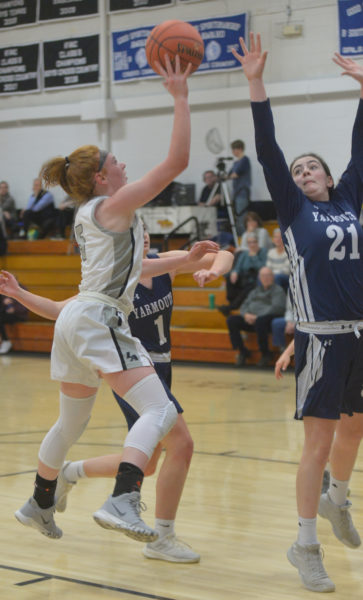 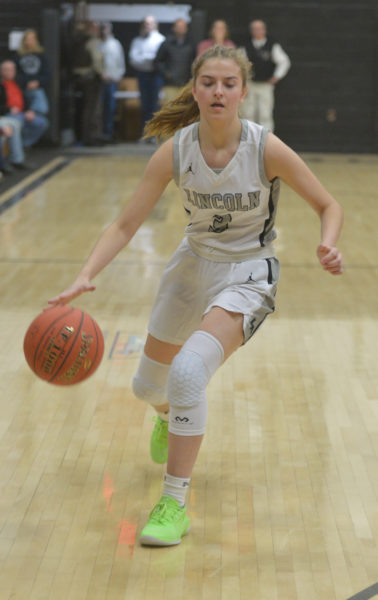 Maisy O’Brien dribbles to the corner in the Lady Eagles loss to Yarmouth on Jan. 7. (Paula Roberts photo) 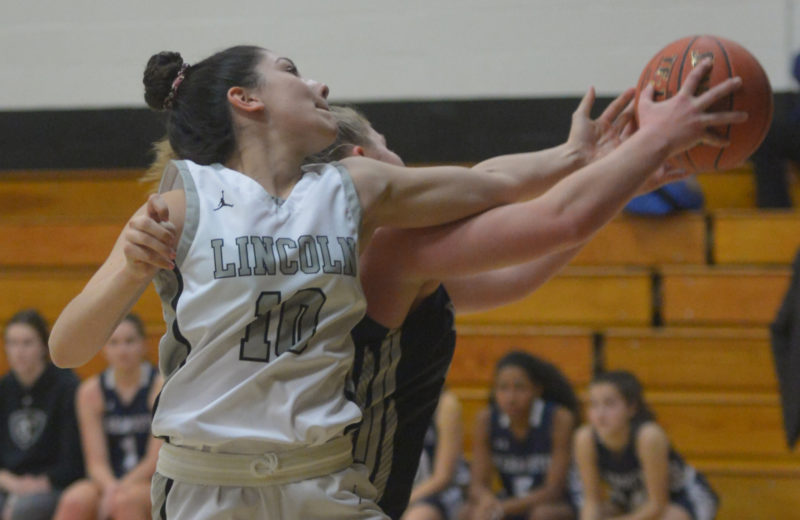