Coastal Christian defeated Oxford Hills Christian Academy 1-0 on Oct. 28 at Lincoln Academy in Newcastle to advance to the MCSSL championships, to be held on Nov. 4 at 1 p.m. at Deering High School in Portland. Luke Parker scored on a James Butterfield cross with 3:52 to play in the first half. Landon Robitaille made 16 saves in net for the Rams, and Lucas Yates 19 for the Eagles. 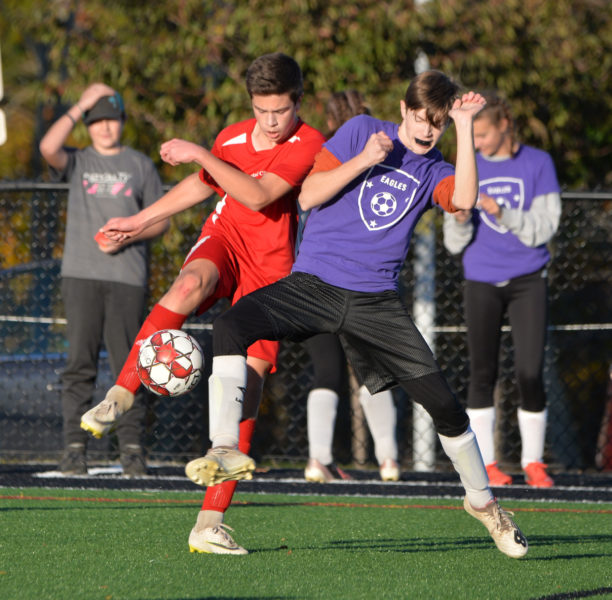