Cony boys basketball team robbed the Panther den for a 91-78 win on Jan. 2. The loss was the first of the season for Medomak Valley (7-1). Both teams left it all on the court, as action raced end line to end line at a breakneck speed. The Rams jumped out to a 32-18 first quarter lead and led 49-38 at the half. Medomak clawed their way back in the third quarter to tie the game 64-64 at the end of three.

Luke Briggs netted 17 and Dakota Dearborn 16 for the Rams, who netted nine 3’s in the game. Scoring leaders for Medomak were Trevor Brown 23, Patrick McKenney 17 and Jacob Craig and Jacob Bickmore 9 each. 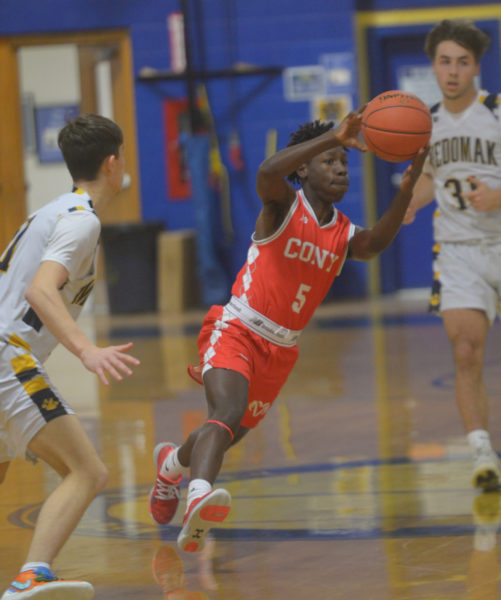 Cony senior Simon McCormick, of Whitefield, passes the ball to the corner. McCormick scored a game high 36 points, including 18 in the fourth quarter to lead the Rams to a 91-78 win over Medomak Valley. (Paula Roberts photo) 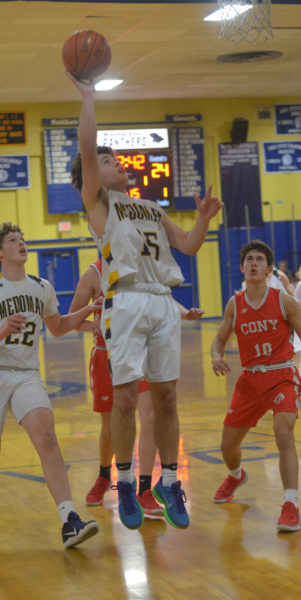