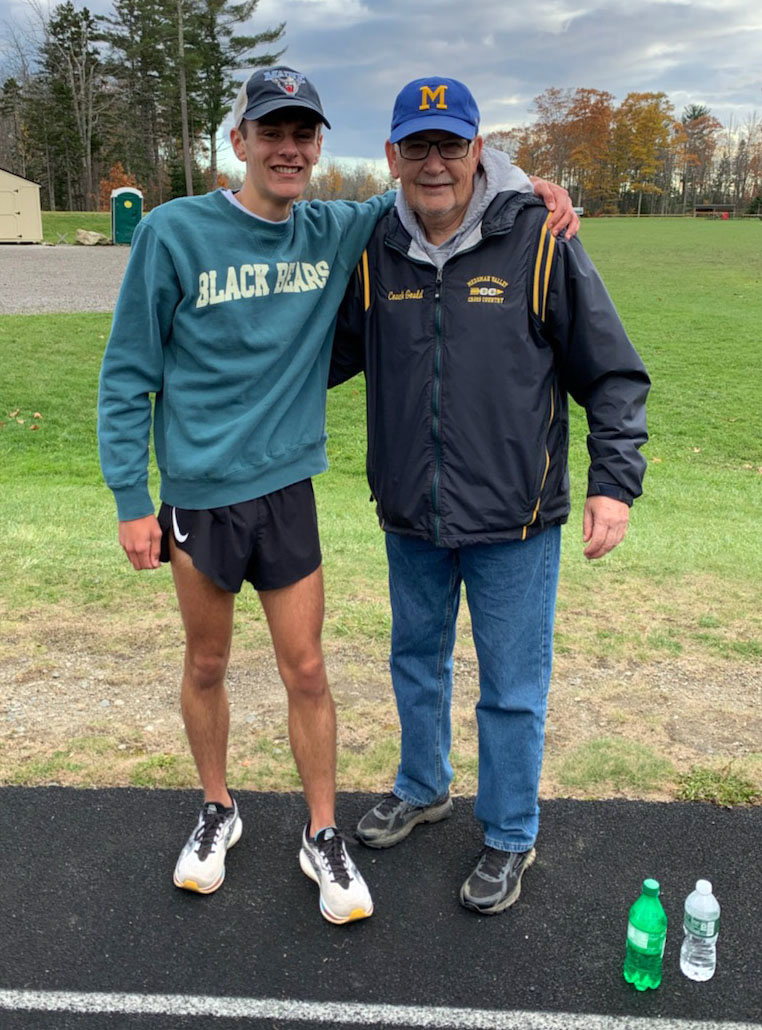 Medomak Valley High School senior Connor Daigle signed a national letter of intent to attend Division 1 University of Maine Orono. Daigle won the State Class B, North Regional B and KVAC cross country championships, and was named KVAC Class B runner of the year. He is pictured with his coach George Gould.

Medomak Valley senior Connor Daigle announced his verbal commitment to attend the University of Maine Orono next fall and compete in  Division I cross country. Daigle made the announcement on his Twitter account on Wed., Nov. 3. Daigle won the KVAC Class B championship, North B Regional championship, and the State Class B championship this fall. He was also named KVAC Class B Runner of the Year. “I chose to stay home and run at the NCAA D 1 level here in Maine,” Daigle said. He added that he was “pretty stoked” about running at UMO.