Lincoln Academy boys placed five scoring runners in the top 25 to finish KVAC Class B runner-up to Cony. The Eagles were led by Liam Card in fourth place in 18:21.

A full report will appear in the Oct. 21 issue of the LCN. 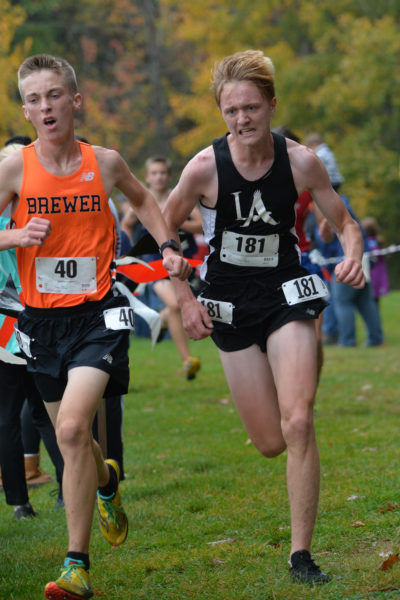 Nick Russ sprints to the finish for Lincoln Academy. The Eagles were KVAC Class B runner-ups. (Paula Roberts photo)