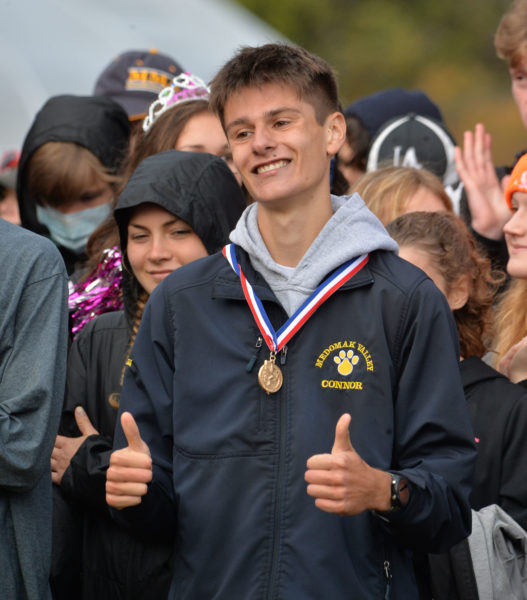 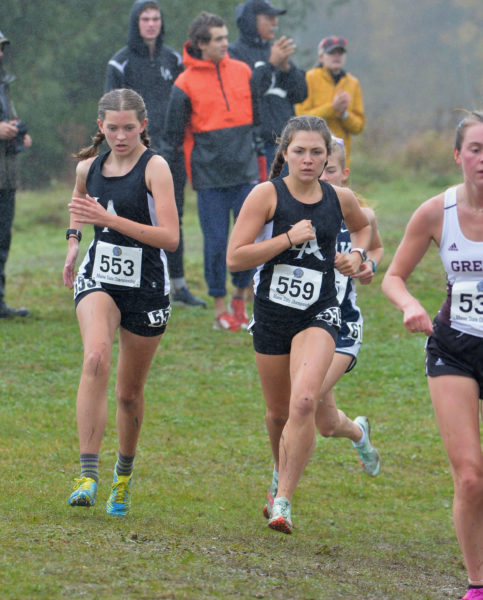 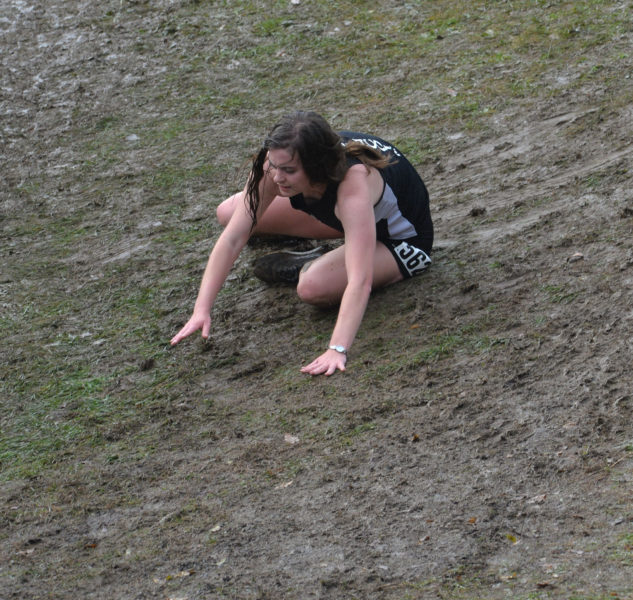 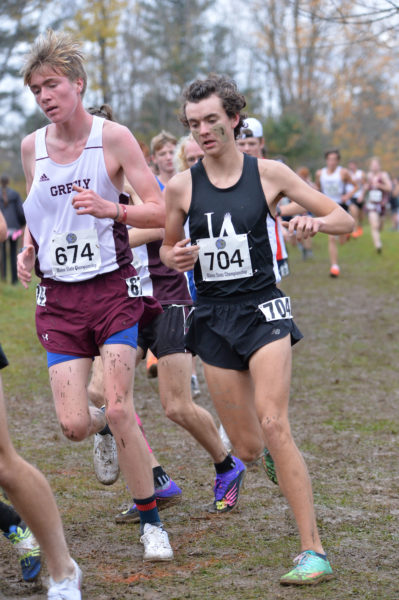 Liam Card placed 22nd at the State Class B championship. Card fell on this corner but was quick to regain his footing. (Paula Roberts photo)

Panther Connor Daigle runs up the final muddy hill on his way to a State Class B cross country championship. (Paula Roberts photo)

Medomak Valley senior Connor Daigle ran to a State Class B cross country championship in a muddy affair on Oct. 30 at Troy Howard Middle School in Belfast. the conditions were slippery in the first race of the day, and deteriorated from there, as Class B boys ran last and a steady rain fell throughout the day. Daigle, who fell six times during the race, won the State B title in 16:35.75, nearly 13 seconds ahead of second place finisher Logan Ouellette of Leavitt.