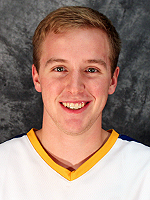 Nicholas DePatsy, of Waldoboro and a freshman at Maine Maritime Academy was named North Atlantic Conference Rookie of the Week in basketball. DePatsy led the Mariners to a 2-0 week, as the team hosted the Mariner Holiday Classic.

In an 85-65 victory over SUNY Maritime, the guard led all players with 22 points, while adding four rebounds, three assists and one steal. In a blow-out win over Curry, the guard netted five of his eight three-point attempts for 15 points, pulled down five rebounds, dished two assists, and earned one steal and one block.