The Dragons slayed the Eagles in both boys and girls basketball action on Tues., Jan. 30. Brunswick girls robbed the Eagles nest for a 56-25 win. Lincoln Academy led 9-6 a the quarter break, before Brunswick lit up the nets from downtown for six 3-pointers in the second to take a 34-19 lead into the half. The Dragons put the hammer down on defense in the second half, holding the Eagles to one basket, a 3-pointer from Maddy York.

Brunswick was led by Charlotte MacMilan 13, Logan Brown 11 and Alexis Guptill 10. Lincoln was led by Joy Hedrick and Maddy York with 6 each. 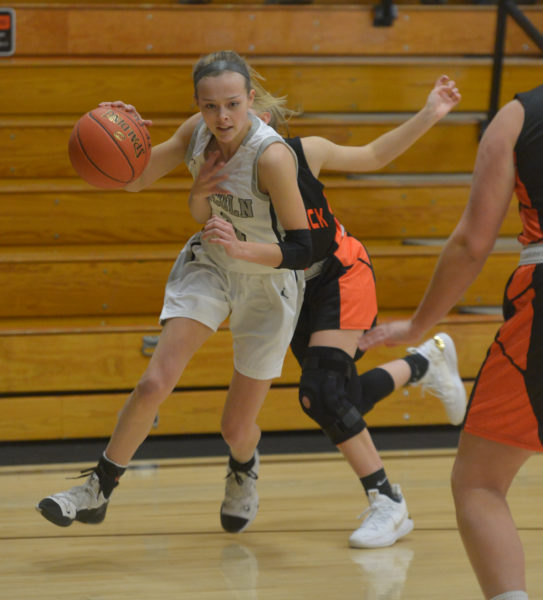 Lizzie Ober drives inside for the Eagles. (Paula Roberts photo)