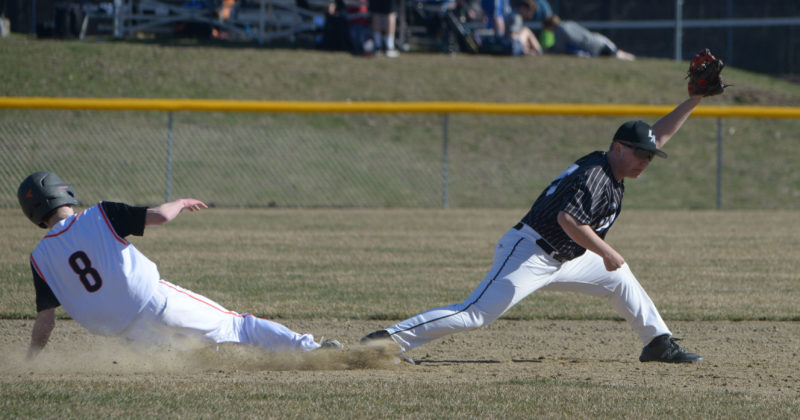 Bradley Cross doubles off Kyle Hanson in the second inning on a relay throw from Jon Pinkham, after Matthew Leeman made the catch in the right field. (Paula Roberts photo) 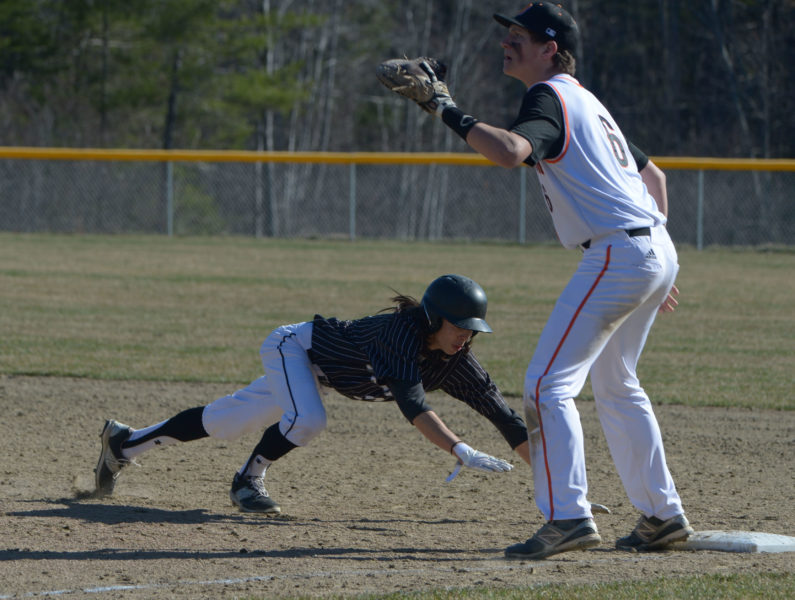 Masse with a single each.