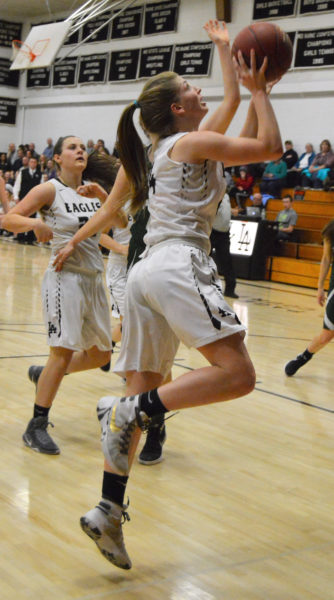 Lincoln Academy girls basketball team defeated Mt.View 69-29 in the Eagles nest on Feb. 6. The game, originally scheduled for Feb. 7 was moved up a day due to the impending snow storm.