Lincoln Academy boys soccer team defended their home turf for a 3-2 win over Oceanside on Sept. 2. The Mariners jumped out to a 1-0 lead, before the Eagles scored back to back goals from Luke Houghton and Jack Duncan to take the lead. Oceanside tied the score before the half. Duncan scored the game winner, with Pablo Duran picking up the assist in the second half. 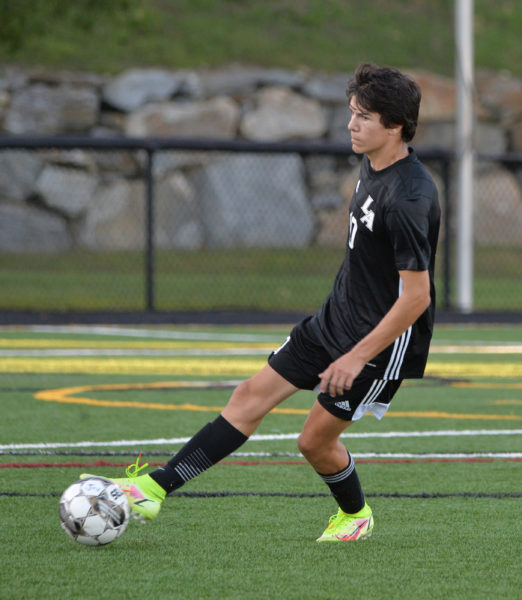 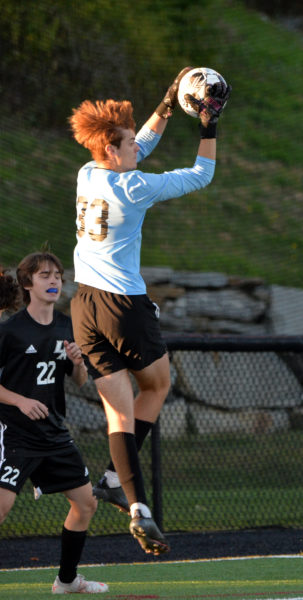 LA keeper Cody Cleaveland leaps into the air to make the save on an Oceanside corner kick. (Paula Roberts photo)