Camden girls and Belfast boys won the KVAC swimming championships on Feb. 8 at the Bath YMCA.

Lincoln boys took second in the 200 medley relay and third in the 200 free relay, both in school record breaking time.

Lincoln girls placed fifth in the 200 medley relay and sixth in the 200 free relay. Andrea Gutierrez placed eighth in the 100 breast.

Medomak Valley swimmer Emily Grinnell placed third in the 100 breast and fourth in the 200 IM.

A full report will appear in the LCN on Feb. 14. 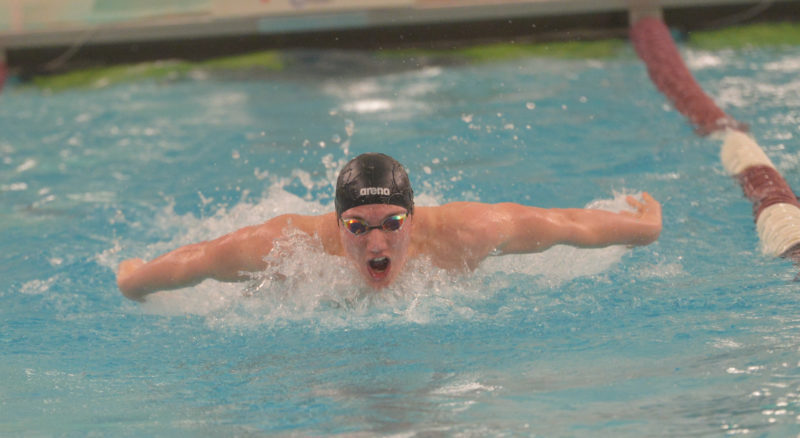 Braxton Farrin placed first in the 100 butterfly at the KVAC championships on Feb. 8 at the Bath YMCA. (Paula Roberts photo) 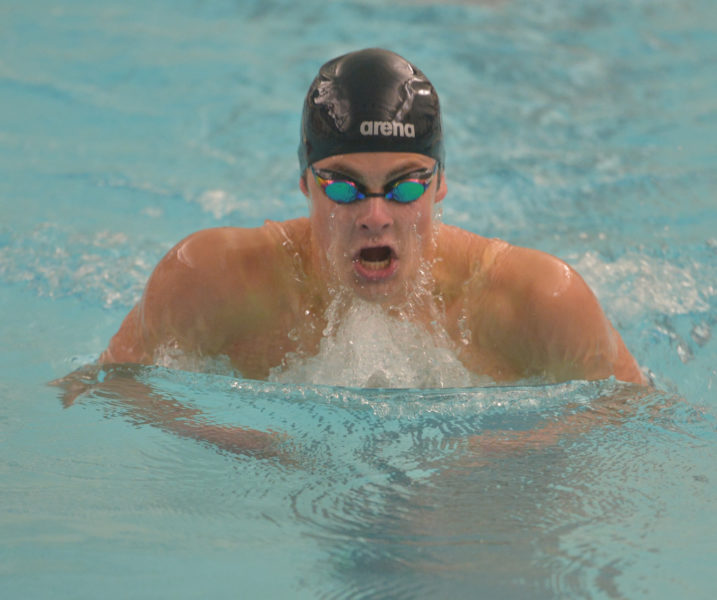 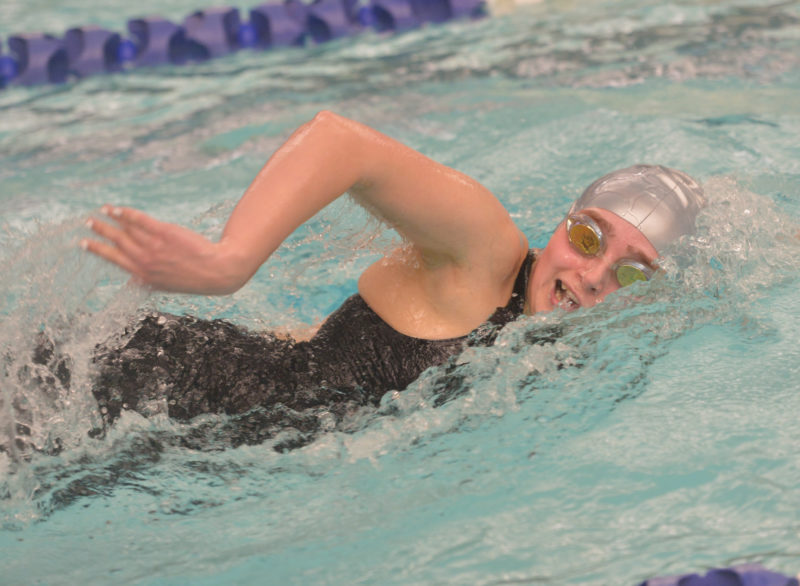